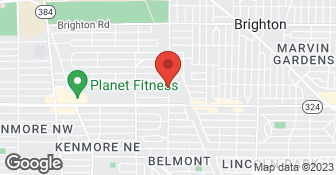 30 Years In Business. We have all local contractor licenses, products & completed operations liability insurance rider (insures workmanship/complete transaction). We have extensive experience in completing the work that we do & complete professional workmanship....

At Roy’s Plumbing, Heating & Cooling, customers will find a team of highly skilled home service technicians in Buffalo, Tonawanda, Hamburg, and beyond. We have been serving the Western New York area since 1974 and have everything you need to keep your home’s most vital systems in good order. We offer a comprehensive range of options for all your Plumbing, Heating & Cooling, and Electrical needs. Further, our expert services are available to customers 24/7 – you will never have to wait to get service you need! Call Roy's today to schedule an appointment at 716-218-1116.

Welcome to Electrical solutions. We go above and beyond for our customers on a daily basis to provide a simple smooth and professional electrical experience.. we have 20 years experience in the field and we offer the best quality at the best prices.. call us now to schedule your free estimate.

I give Jeff Barry of Bear Brothers my highest recommendation. My wife and I hired Jeff for two projects, after speaking to six other contractors. Jeff had each beat, significantly, by cost. Jeff was knowledgeable, but efficient, and completed both jobs in the time he predicted. He charged us almost exactly the amount he estimated, despite some complications that made the jobs more difficult than w...

DESCRIPTION OF WORK
My front door frame had slipped from its setting above the threshold. He reset it, replaced the damaged part, and secured the door from slipping again. Also, he repaired three old interior steps in my stairway.