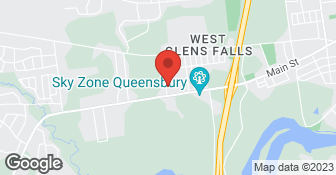 We are here in your neighborhood to service all of your Heating, AC, Plumbing, and Electrical needs. Air conditioning and Heating repair service or replacement for residential homes and manufacture homes. ...

A-1 Heating and Cooling Enterprises

Heating and air conditioning, we service all makes and models of equipment... 24 hour emergency service

On Demand Power and Electrical Services

On-Demand Power & Electrical Services LLC is a full service residential electrical and standby power provider here in the capital district. We are a Generac authorized dealer and service provider. We are a locally owned and operated company that values honesty and integrity and treats your home as if it were our own. We offer a variety of quality residential electrical and generator services. You will find us to be competitively priced with close attention to the details of each and every project that we are involved with. We look forward to building lasting relationships and guarantee your satisfaction!

Full service veteran owed heating and cooling company. We are ready to fulfill all of your needs to include increasing your energy efficiency of your home. 10% discount for veterans, active duty, and first responders.

I called Ram Air to install a new central air conditioning unit in my modular home. After installation there was a strong odor of burning rubber which made me sick. I called the owner and he came out and did something and said it was fixed. It was not, as soon as the unit came on the same odor was still there. He said it would stop after the unit was run for awhile. It has not stopped and I cannot...

Very smoothly. When he showed up to see what was needed to be done, He said if I was interested he could do it right then and there so I said yes, and it was taken care of right away. And it was..

He stopped showing up and then he stopped returning my calls. I couldn't figure up why. They did it for several years and then he just stopped. I have a theory as to why. I did a search for other people on another search service. I didn't use any. I just wanted to see who was around. I didn't call any of them but he must have gotten wind that I looked up other heating services. At that point he di...

DESCRIPTION OF WORK
He used to maintain my boiler.

We own a B&B and our boiler went out affecting all guest rooms (no hot water!!). It was a Sunday, and so we called Ram on an emergency basis. We had already tried a different company (the one with the red trucks) and they charged an arm and a leg just to come out, and couldn't fix the problem. Ram said right over the phone that if they couldn't fix it, there was no charge. They arrived very quickl...

This company came right out without hitting me for a charge up front and fixed it within an hour.  It did not need recharging, It needed something electrical and they cleaned the heat pump of all my pine needles.  Awesome service and pricing.   Thank You

DESCRIPTION OF WORK
I called several places and told them my a/c was not working.  I thought it might need recharging.  Everyone wanted between $75 to $130 to come out to the house without looking at the unit.  This company came right out without hitting me for a charge up front and fixed it within an hour.  Awesome service.  Thank You