Asphalt Driveways
Drain Pipe Installation
Homebuilders
Concrete Driveways
Concrete Pouring and Repair
Licensing
All statements concerning insurance, licenses, and bonds are informational only, and are self-reported. Since insurance, licenses and bonds can expire and can be cancelled, homeowners should always check such information for themselves. To find more licensing information for your state, visit our Find Licensing Requirements page.
Business Details 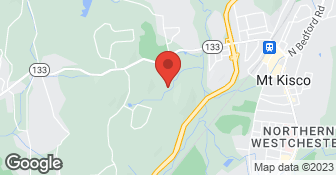 Our company was founded by the former President Salvatore Messina. Mr. Messina instilled in all his employees a superb work ethic and a sense of pride in their accomplishments. These principals are carried out today through Mr. Messina's son Patsy. Patsy Messina is the current President and owner of Lapietra Contracting Corp. Now in its second generation of family ownership and is looking toward the future. Our founder, Salvatore Messina brought with him to America old Italian style and craftsmanship which is upheld by his son Patsy and our crews of skilled craftsmen.

We are a family run business based in Yonkers, NY that caters to the paving and masonry needs of lower Westchester and the surrounding area. Are you looking to add a beautifully built brick walkway to complete your newly landscaped backyard? No job too big or too small – from flagstone patios and walkways to chimney repairs we do it all! With over 35 years of experience you can expect our friendly and knowledgeable staff to exceed your expectations each and every time. All of our high quality services are fully guaranteed to ensure your complete satisfaction. You will never have to look for another contractor again after experiencing the excellent workmanship provided by our paving and masonry experts.

Concrete work, masonry, tree service. When we provide service for you, we will perform it as if we are working on our own property. Your satisfaction is our number one goal.

The above explains the bad experience and that the problem was never fixed.

DESCRIPTION OF WORK
Did Not Back Up His Work! Our home is on a hill and when it rains water flows downward over our driveway road to the street.  I hired Pietro Di Sisto, Inc. to install a drainage system under our driveway road to prevent water that was freezing up in the winter and making it imnpossible to drive across. Last Fall after a major rain storm the water was not draining properly away from the road as Mr. Di Sisto promised it would and instead ended up on our driveway road. My wife call Pietro Di Sisto and asked him to take a look at it.  He came by and told my wife that our gardener put dirt over the grass area where the drainage system was located, but he would fix it.  He waited two full weeks and the first freez occured.l  I call Pietro Di Sisto and asked if he would please come by immediately and fix the problem as he promised.  He waited another week and came by .  Unfortunately the ground was frozen futher and he was unable to fix the problem.  I called him and he again blamed the gardner for putting dirt down (even though he never informed me the drainage system need to be kept clear).  He refused to fix the problem saying it would be too expensive to put salt down to melt the ice to get the drainage flowing, saying it was my fault and then hung up the phone on me. Later that day he called me back to say he would fix the problem when the ground thawed. I called him earlier this month (September 2011) to ask if he would now fix the problem before the ground freezes up again and he never returned my call. I am now out more than $2,500 and need to hire someone else to solve this problem.