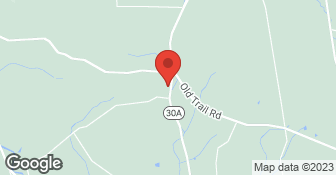 We are a family business , we do all our own work , we do not subcontract. Our business has outstanding ratings and references, we guarantee your satisfaction at 100% level before you pay, we also provide the most reasonable price and free estimates!...

We are a locally family-owned and operated Construction service. We have been in business since 2009. At Better Construction, we are dedicated and take pride in offering homeowners *top quality roofing products and workmanship* at an Affordable Price! Call for a Free Estimate!

We are a full service Roofing Company & are proud winners of the Angies List “Super Service Award” for 8 consecutive years. We use only the highest quality materials & warranty all our work. We are an Owens Corning Preferred Roofing Contractor & include a 50 year non-prorated transferable warranty on all our new roof installations. Call now for a free estimate - 518.369.9228!

During the COVID-19 outbreak, we are taking extra precautions with your health and safety in mind. Please call us today for more details. We would love to speak with you about home projects and scheduling options. PLEASE NOTE: all of our services keep us outside of your home and able to effectively communicate through calls and text as well as accept electronic payments. Complete Contracting has been in business for over 25 years. We specialize in roofing, siding, doors, windows and interior remodeling. We make customer care a priority with professionalism and good pricing. We want to make your Home Remodeling experience a pleasurable one.

A bunch of people were going to get into a lawsuit with him, but I do not think he has gotten any notification from the New York State Attorney General yet about it. He was a nightmare and a true crook. A couple of years ago he had a company under a different name and then I think he put it in his son's name. He had some kind of a crediting brut that was kind of a cheap little thing. When we pursu...

Now, the new roof, leaks in several places, and there is water damage inside the house in several places.  They refuse to honor their 6 year labor warranty.  They won't answer the phone nor have they replied to our numerous voicemails and they have not showed up to fix the damage.  We now have to take them to court.  I specifically signed up for Angie's list to make sure that they would not be abl...

DESCRIPTION OF WORK
They replaced our roof.  It had a small leak in one place.

Our house is a disgrace and our summer was ruined.

DESCRIPTION OF WORK
Do not use this outfit for any type of project whatsoever. We hired them for replacement windows and siding. After 55 days of nobody showing up or returning phone calls we had to hire a lawyer. It took them 43 days to side a 1500 sq ft house. The windows are junk. They where sloppy and did not clean up at the end of each day. WARNING We believe these guys are part of an Internet scam. We used the Internet to find a good contractor. The Good Houskeeping Seal poped up with a number of contractors. Whithin minutes we where receiving phone calls. DO NOT LET THIS HAPPEN TO YOU!

The siding installed was a lower grade than promised and is starting to buckle and warp in the sun. Our efforts to get Mr Decker back to take care of the problem have been met with lies and unreturned phone calls. He has also failed to provide me with the warentee paperwork on the siding installed. The gutters were installed improperly.  The installed window hasn't had any problems yet. I would no...

DESCRIPTION OF WORK
Our contractor was Robert Decker who is part of A+ Rated Contracting. He installed siding, a window and gutters.

Everything went smoothly.  The salesman gave me the bottom price right off the bat.  Other companies you had to say no to them a couple times before they would go to the bottom price.  The bottom line: Everything that they said they would do in the contract was done and the roof looks great.

Commercial and residential installation and repairs of roofs, siding, and more. Remodels of any rooms including basements, bathrooms, decks and garages. Other jobs needed we will let you know on site.