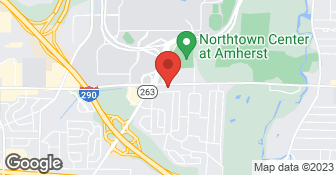 DESCRIPTION OF WORK
I used Dr Goodwins office as my main Dr. they have two Doctors in the office unfortunatly the good doctor had to go out on maternity leave. This gave me no choice but ti see Dr Goodwin himself. I went in because I had a very large lump under my arm and it was very painfull. He told me it was nothing and I woukd be fine in a few days. I ended up in the ER that night I was in so much pain. The ER doctor told me that it was a serious absess and it was a very good thing I came in. Later I recived a very large bill, even though my insurance shoukd have covered all but the copay. I called my insurance and they said that the office had put the claim through wrong. Really?!?!? Luckaly my insurance took care of it for me. AVOID if you do not want a massive headach!!!!