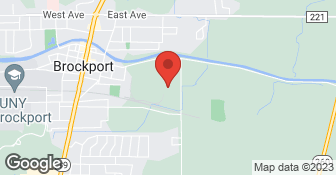 PODS makes moving and storage more convenient and flexible. We deliver a container. You load it. We move it across town or across the country, or we can store it in one of our secure Storage Centers. Additional DBA - PODS Enterprises Inc....

Rochester Moving & Storage NYS DOT # 32227 Since 1993 we have provided quality moving, packing, and storage services. Our crew is a highly experienced team. Crews are tailored to the size of your move, as more team members mean less moving time for you. Our clients continually prove their satisfaction with our services - New customers routinely become our repeat customers. And, much of our business is built on our customers' referrals to family and friends. Both our reputation and dedication to moving services are recognized in the real estate market: We are a preferred mover of Nothnagle, Hunt, and ReMax.

We provide a consistent high quality service. When we don’t, we make it right. We do it by training the right people and treating them the right way, so that in turn they treat the customer the right way. Full service moving everywhere within New York State.

I am taking the matter to small claims court, but thought that others interested in renting one of these PODS should be aware of the HORRIBLE service and complete lack of accountability this company takes when dealing with poor employees and loyal customers. I spent thousands of dollars trying to keep my precious family heirlooms safe and not one person in this company cared one iota.

DESCRIPTION OF WORK
In 2012, after several deaths of immediate family members, I put lots of family heirlooms in storage. I had planned to save these items for my son when he got his own place. In 2014 I started a business and accessed the POD to obtain some of those items that could be used at my office. I found that my china cabinet had all the glass smashed out on the back of the unit, as well as the top and right side. I complained, but was told that I declined insurance (which I had never been offered or told about) and they refused to pay. It was clear that the POD contents were damaged during transit, as I could clearly see a dent in the POD itself that was not there before. After several conversations that went nowhere I chose to pay for the glass replacement out of pocket and move on. I continued to pay for the POD until February of 2016 when my son accessed the POD. I had made an appointment via the customer service line but when he arrived, no one was there to provide access to our POD. I finally got ahold of someone, and my son stood there in disbelief as he watched a person driving with the POD down towards him while the POD appeared to bouncing due to excessive speed and a bunch of bumps on the drive. When the loader stopped, he released the POD while it was still off the ground causing it to crash to surface below. My son started yelling at the person and when he went inside, he found our wooden furniture broken and splintered. I tried reaching out to customer service but after many many many calls there was never any resolution. It wasn't until I posted on twitter about the experience that I even got a returned message. I have been trying to make arrangements to access the POD to assess the damages so I can determine my next course of action but they refuse to let me in.