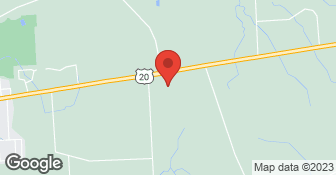 Quality craftsmanship at a low cost!...

Our company is based on the belief that our customers' needs are of the utmost importance. Our entire team is committed to meeting those needs. As a result, a high percentage of our business is from repeat customers and referrals. We would welcome the opportunity to earn your trust and deliver you the best service in the industry. At Emerald City Window Cleaning we are focused on providing quality services with the highest levels of customer satisfaction – we will do everything we can to meet your expectations. With a variety of offerings to choose from, we’re sure you’ll be happy working with us. We offer window cleaning, gutter cleaning, gutter brightening, vinyl siding washing, and solar panel cleaning services. We are a firefighter, family, and locally owned, Syracuse based company. You can always trust that you'll get a professional, experienced, and friendly person when you call us.

Whether you need mold remediation, lead paint abatement, radon mitigation or even wildlife control, we’re the team that will keep your property safe and healthy. At Advanced Environmental & Wildlife Services LLC, we proudly serve homes and businesses in Rochester and beyond. Our licensed and certified contractors will do whatever it takes to ensure your total satisfaction.

Called him on a Wednesday, he was here on Thursday saw what he needed, he went to get what he needed, was back and had the chimney cap replaced in no time. A little more expensive than I would have thought but taking into consideration he was here in a day and he was the one climbing the ladder on windy, rainy day his pay was well deserved.

Scott showed up to measure the roof and provided an estimate within a reasonable time frame. That was the end of his responding in a timely manner. I sent him a deposit check toward the end of August. We then took an extra few days to pick the color we wanted. He had said he would order the materials as soon as we picked a color. Four weeks later he still hadn't ordered the materials. He completel...

Have you ever met anyone that just is impossible? [member name removed] is probably the worst person to deal with! He's absolutely right that I showed up and gave an estimate super-fast, 1 day, for a shingle project that he requested. What he fails to comment on is that he changed the job scope of the project from shingles to a metal roof. He also fails to say that his check was "NEVER" deposited!...
A

I did not use Sweeney, at no fault to him other than his price was higher than the other bidders. He was very professional, his price was just too high for me. I got a total of 6 quotes for my roof, there were two other contractors, Pidgeon Roofing and Tom Townsend who quoted me the same price for 16,000.00. I could not afford this price and went with a lower bidder.

DESCRIPTION OF WORK
Did not use Sweeney, went with a lower bidder. However, he was very professional. If I had the funds I would have used him.

I talked with the customer the first time after playing phone tag in the late fall of 2012. I informed her that i was backed up due to weather. This is also when she told me the work needed is what another contractor (uninsured) did not finish. Customer asked if I could fit her in where I stated I did not think i could perform the work in a timely fashion. I thought we were fine until this 5 month...
A

It was a very positive experience. Mr Sweeney was prompt in arriving for the estimate. He actually got on the roof, unlike several other contractors, to assess the overall condition of the roof. I received 7 estimates, I had a friend who was a contractor review all the estimates, and he felt Mr. Sweeney's estimate was fair and accurate. The job began and ended as promised. There were no surprises ...

I do just about everything