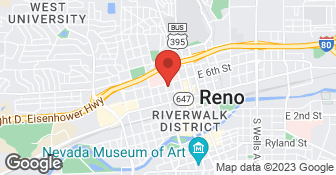 There are 12 doctors at this site. Surgery is not performed at this site. Average patient volume is 60 patients per day. http://www.abms.org. ...

I ended up going to UCSF where I was scheduled promptly.

DESCRIPTION OF WORK
My first appt. was with Dr. John Andrews.  He was excellent; thorough, polite, concerned, explained everything.  This was just a preliminary for an overnight sleep study.  The second preliminary was a chamber breath test appointment which was also carried out well. The sleep study was scheduled for 9:00 PM.  Five minutes before I was to leave they called and cancelled:  overbooked.  They did the sleep study a couple weeks later and weren't conclusive with the results.  Another was planned and specific orders were given as to what to check.  The orders were not carried out and they then placed my "prescription" based on what they had.  The follow-up appointments to the sleep study were OK, but the paperwork was never there when I arrived.  I had to wait 30 minutes on both occasions for the results to be faxed from one place to another.  One of the bills I received indicated a $1,00+ payment due which I sent.  The next bill had additional insurance credits, leaving me with a credit balance which was never returned.  Due to family issues, I didn't contact them for several months, when I did they agreed a credit was due but had to "pass it on to the supervisor."  After three weeks I am still waiting for a return call.  ENOUGH SAID! ?

DESCRIPTION OF WORK
They performed extensive lung testing to determine the degree of my COPD Cronic Obstructive Lung Desease and how to treat the condition.

DESCRIPTION OF WORK
Initiate follow up for obstructive sleep apnea

My experience with  Dr. Szot was extremely favorable.  She gave me a lot of time and is a very good listener.  I believe she "knows her stuff" and gave me excellent advice.