Wedding Planning
Rentals - Parties
Reception Halls
Catering
Entertainment/Parties
Licensing
All statements concerning insurance, licenses, and bonds are informational only, and are self-reported. Since insurance, licenses and bonds can expire and can be cancelled, homeowners should always check such information for themselves. To find more licensing information for your state, visit our Find Licensing Requirements page.
Business Details 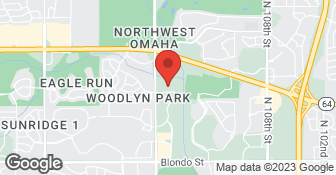 DESCRIPTION OF WORK
Terrible service. My sister got married over the weekend of 05/31/2014. They didn't have the room set up on time for the reception, lied to us about the other events in the facility and ensuring it wouldn't affect ours, however they were switching out the rooms the same time our guests were arriving, we had a contract set up for 2 bartenders, however only one was set up and we had a line to the middle of the room, when is was told to use that there would not be a line and 3 bartenders available if needed, when trying to get the coordinators attention- Sharon- she would hurry away in the opposite direction. The music from the other party cold be heard in the wedding. They threatened to throw the father of the bride out after he inquired about the bar staying open later, then harassed a guest (standing over her while she was sitting down and the assistant manager was yelling at her loud enough that many people heard), and then threw the contract at the mother of the bride. When the mother of the bride stated she would speak with his boss on Monday he had a completely change of demeanor. There was a fight in the parking lot and cops were called, and last several different items disappeared from the night of the wedding unto the next morning- including a gift. I tried calling Sharon- the director- to inquire is he could check with the room captain about seeing if he remembered these items and she never called back. I personally called everyday for the week after the wedding and left several messages. She never returned my phone call. I'm sure many of the guests enjoyed themselves but it was terrible for the parents of the bride. Save yourself the trouble and find a different facility. The only good things were the food and the security guy who was reasonable and able to have a conversation.

I have a few issues that I would like to bring up from my daughter's wedding on Saturday night.  I'll start with the one we are most upset about and I'll end on the compliments that we did have.   1.  My husband had a few drinks on Saturday night and was asking the bartender why she couldn't serve past 10:45.  He was not threatening her or harassing her.  I was there and so were a couple of other ...

D C Centre had very good service, the food was good and the prices were reasonable.

DESCRIPTION OF WORK
I used D C Centre. We had a guest dinner held there.