Drain Cleaning
Drain Pipe Installation
Sewer Cleaning
Water Filtration and Softening
Water Heaters
Plumbing
Licensing
Bonded
Insured
All statements concerning insurance, licenses, and bonds are informational only, and are self-reported. Since insurance, licenses and bonds can expire and can be cancelled, homeowners should always check such information for themselves. To find more licensing information for your state, visit our Find Licensing Requirements page.
Business Details 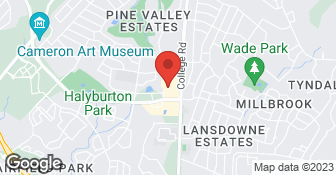 DB Plumbing, Inc. is family owned and operated by a husband and wife team, Donald and Jo Barnhouse For the past 10 years DB Plumbing, Inc has been proudly serving New Hanover, Pender and Brunswick Counties. Whether you are looking for maintenance on your hot water heater, sewer and drain cleaning, or new faucets and fixtures, we can do it all. Customer satisfaction is our # 1 priority, and our team of professional plumbers will work with you to make sure you get exactly what you want. DB Plumbing, Inc. has a full one-year warranty on all repairs! DB Plumbing, Inc. would consider it a privilege to be considered your plumber and looks forward to gaining your confidence.

Owner operated with over 24 years experience. We use a pragmatic and practical approach to solving your plumbing problems. We do not use hard sell or captive customer techniques. We provide plumbing repairs or replacements on faucets, fixtures, water heaters, toilets, sump pumps, well pump systgems, water filtration including Reverse Osmosis . Small kitchen and bath remodels. Some drain clearing. We give you an honest analysis of your given situation so you can make the best decision for your budget.

The work went very fast and was done very well . The owner is a very nice person and I would recommend this company to my family and friends , I give it a 10 out of 10 :)

DESCRIPTION OF WORK
I had to hook up my house to the county sewer system , about 125 Feet . They also reconnected my water Line to my refrigerator and a few smaller things I needed done .

Was called to fix a Shower control that allowed water to get cold in middle of shower. Replaced a part and charged for 1.5 hours of labor. No difference in problem. Returned the next day, could give no real reason for the problem, said he would call Delta and get back to us on how he could make it right. After we left numerous messages on his cell, he has never called back. Told him that if he did...

DESCRIPTION OF WORK
Didn't fix the problem and never called back after he said he would find a solution. He was paid for a job he didn't complete,

We were called to change the trim on bathroom sink and to check shower, The part for the shower was changed twice on the defective valve, so Delta was notified and a Delta rep was ready to inspect the shower valve but customer went out of town for about one month a notice was left to contact upon return so the Delta rep could return , No contact since.