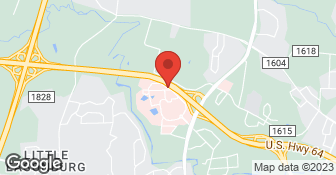 DESCRIPTION OF WORK
My appointment was a lengthy ordeal--a lot of waiting. A technician would call me back and perform a test and send me back to the waiting room. Another technician would take me back and do the same. I would prefer one technician taking me through all the testing at one time and getting it all done at once. Just my preference. I do think all of the doctors in this office are well-qualified and do a great job. I don't think you get to see Dr. Watson unless you're a surgical patient.

The staff is excellent and the waiting area is good. They are really good.

DESCRIPTION OF WORK
I go to Watson Eye Associates.

DESCRIPTION OF WORK
Routine eye exam. I am a patient of Dr. High, who is extremely competent and thorough in protecting the health of my eyes.

OTTTHE DOWNSIZE WAS THE GLASSES WERE VERY EXPENSIVE AND FOUND OUT LATER I COULD HAVE GOTTEN THEM FROM SEVERAL DIFFERENT OTHER PLACES FOR 75% OFF THE PRICE THAT I BROUGHT THEM FOR, I WAS SO UPSET BUT I WILL NEVER BUY GLASSES FROM THEM AGAIN BUT I WILL GO FOR AN EXAM.

DESCRIPTION OF WORK
MY SON WAS HAVING HEADACHES BECAUSE HE HAD BAD EYES,BUT THEY DX HIS EYES WE BOUGHT GLASSES AND EVERYTHING WAS FINE.

I had detached retina the VA did the surgery and could not see good out of that eye at all so years later I went to him for an eye exam .He discovered I had cataracts so he made appointment for surgery. He did a great job I could see out of that eye better than ever before my vision was better than ever before out of both eyes so I would pass eye test to get drivers license with out being restrict...