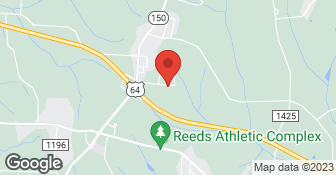 We Believe your trees and home are valued assets worth protecting. That when quality meets price you have value and that honest and integrity are the roots of great relationships. About us. Christopher Johnson is an ISA Board Certified Master Arborist with over 18 years in the tree care industry. The Arbor Advocates team is knowledgeable, courteous and values our clients, their trees homes and businesses. Schedule a free estimate for your tree care needs at (321) 676-6881. Have a tree-mendous day! Christopher Johnson ISA Board Certified Master Arborist. #FL6502BU

We are a locally owned and operated company with over 5 years of experience! We highly value honesty and integrity and promise to treat your property with respect and care. We offer tree trimming and removal services that are customizable to the needs of the home owner. We pride ourselves on the quality of our work as well as our commitment to outstanding results. We look forward to building lasting relationships with our clients and guarantee your satisfaction!

A. Gonzalez Tree Services is a serious business. We maintain our customers satisfaction our main priority in our landscaping job. We cut down , trim,and specify removing trees, bushes etc. Safety of customers property & workers is very important for us. We offer free quotes, reasonable prices & quick response.

They did quite a bit of work as far as I had some large branches that were overhanging the house, they went through some of the larger trees I had to get them in good shape and prevent any future damage possibly from storms. They were very good to work with. Walter, the guy who runs it, has a very good attitude; he came over as far as when I initially called to see what the estimate would be. He c...

DESCRIPTION OF WORK
Walser Tree trimmed some trees for me.

Workers arrived at agreed time and they were very nice and professional. They had to cut the trunks of tree that did not fall and did a good job cleaning up. I had misunderstood Mr. Walser about grinding up the tree stump and the workers did not do it when they did the other work. I called Mr. Walser and explained that I thought that was to be done too. He immediately agreed to return within a wee...

DESCRIPTION OF WORK
Removed trees from backyard that had fallen during the ice storm on deck, fence, storage building, and remove all brush and wood. Also ground up large tree stump.

We had 3 tall (50-70 ft) trees(2 hickoryand 1 oak) in a tight space (20 ft) between neighbors and our house. Two were on a slope in space where the bucket truck wouldn't reach, so they had to tie and lower one piece at a time. When they were done, all that remained of each tree was a small mound of sawdust. They picked up every scrap and took it away- fantastic clean up job. Each one of the crew m...

Michael came in right at his quoted price, and also went above and beyond our original scope of work. We were very pleased with the quality of service and would use Walser again. They were not the cheapest, but also not the most expensive.

DESCRIPTION OF WORK
We had a number of trees removed, one of which was more than 30" in diameter. In total 3 trees were totally removed, one was partially removed and 4-5 trees were cleaned up of limbs for the first 30 feet of height. A bucket truck was used.