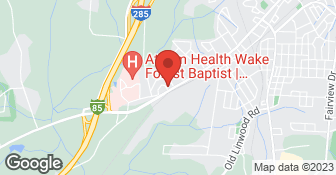 Austin Bunce was very nice when I was first looking to buy a carport. she never said anything about the thing falling over at the first snow storm. I never would have bought the thing knowing this nor would anybody else have. only after having problems did any of this come to light. she flat refused to take any responsibility for it and pretty much wouldn't have EAGLE do anything either.

DESCRIPTION OF WORK
I bought an Eagle brand carport through Bunce Buildings in Lexington N C. less than 2 years later it fell over after a snow storm. I contacted Bunce Buildings and talked to Austin Bunce Rivas. after trying to explain to her that it fell over she tried to tell me it collapsed. clearly it didn't collapse. it fell over side ways. the crew of non English speaking individuals who came to install it didn't put it to gather correctly. they only put 2 screws in each corner brace. both Bunce Buildings and Eagle Carports agreed that there was supposed to be a minimum of 4 screws per corner brace, but neither Bunce nor Eagle would take responsibility for it. after trying several times to get Bunce to do something, Austin sent her guy out to have a look at it. after only 3 minutes and a couple of pictures he left. I never heard from them so after a week I called her. got no satisfaction from her. after several attempts to contact Eagle Car ports and no response I was left with a pile of scrap metal in my driveway and minus $1100.00 bucks. I will never buy anything from Bunce Buildings again and certainly will never buy anything from Eagle CARPORTS again either.Bunce does not stand behind they're customers or the junk they sell for other shady companies. Eagle CARPORTS do ant stand behind they're customers either not behind the crappy junk they manufacture. I recommend that other people not spend any of they're hard earned money with either of these companies.

Contacted this company from Angie's List and received a quote over the phone. The price was higher than from another company but Bunce's quote included installation and I would have to arrange installation on my own from the other company. Ordered the product and received the awning within 2 weeks. Called Bunce and an installer responded with 2 days and installed the awning. I am very satisfied wi...

DESCRIPTION OF WORK
Purchased and installed an awning.

They did an outstanding job and I really appreciate the work they did. They completed everything in a short amount of time and did quality work. I am happy with the shed and use it all the time. The guys were very friendly and polite and if I had another project that was similar I would hire them again.

DESCRIPTION OF WORK
They built a 12X16 square foot utility building in the back in of my home.

WE WERE ABLE TO GO TO ANOTHER HOME THEY WERE WORKING ON TO WITNESS THE OPERATION OF THE AWNING. A MAN AND HIS SON DID THE WORK. THEY DID A VERY GOOD JOB. THEY TOOK EXTRA TIME TO MAKE SURE IT WAS RIGHT. IT'S LIKE HAVING A NEW ROOM.

DESCRIPTION OF WORK
THEY REPAIRED THE WOODEN RAILING OF OUR DECK AND INSTALLED A RETRACTABLE AWNING.

They installed an aluminum awning on my back deck. I felt that it could have been a little thicker metal. It does serve my purpose well. There are no leaks and it looks very nice.

DESCRIPTION OF WORK
They put an awning up on our back deck. It was an aluminum awning.

One Chic And A Hammer