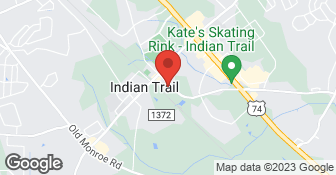 DESCRIPTION OF WORK
Perry came out the same day and diagnosed the problem. He did a fantastic job explaining the issue and very reasonable. I was very impressed!

DESCRIPTION OF WORK
I sent an email to the company looking for availability for someone to come out and look at disconnected ductwork in my crawl space. I received a response back in less than 15 minutes and had an appt setup for later in the week. On the day of the appointment, I received a call when the representative was close to the house and was it okay to come over. I confirmed and rep arrived 30 mins earlier than scheduled appt. Rep was professional and went right under the house after I explained that my cat had gotten into the heating vents in the floor and into the duct work under the house. Cat made a hole in the duct work and had disconnected part of it so the house was not heating properly. Rep performed diagnosis and also brought me a few pics he took from underneath along with additional recommendations for service. Rep said he would speak to the office and get me a quote to fix and said expected work could be completed within an hour. Rep went out to his truck to confirm work and quote with main office. Quote was high, in my opinion, for the work to be done but as I was having a house full of people the next evening I agreed to pay and have work completed immediately. Rep stated the main office waived the $79.00 diagnostic fee, but even so - I still feel the price did not equal the amount of work that needed to be done. The invoice the company uses has 7 categories with prices listed next to each category for both standard clients and Club Members. The duct work I needed repaired was not listed in any of the categories and I assume they went with the category that had "heat strips" in it as it was closest to what needed to be worked on. Not an accurate way to price, but the work and represenative both deserve top grading. My only complaint is with the price. I emailed to company over to the weekend to let them know how I was going to rate them on Angie's List so they were not caught unawares. Below is the Work Performed Summary as noted in the invoice: "Found flex duct that serves guest room has been torn open and liner was to short to repair. Removed torn section of duct and replaced duct. Ducts properly attached and providing adequate air flow at this time. Heat pump is not producing a temperature increase due to low charge." Below is the category I was priced in: "Repair, Replace, Install: Blower wheel, universal motor, heat strips, UV light OEM burners, disconnect box & whip, drain pan, media filter"

DESCRIPTION OF WORK
Provided a second estimate after my initial estimate from the original installer for repairs to a 2 yr old HVAC package (HE Gas furnace & A/C) Confirmed problems with unit and provided a cost effective quote for repairs to blower,logic board and thermostat. Did not ask for payment for estimate and came to home on Sat. Based on his quote and professionalism, awarded him the repair. Ordered parts and installed. Good experience.

Not good. I expected more.

DESCRIPTION OF WORK
The technician was suppose to perform a tuneup of the ac unit which included cleaning. However, he did not clean the unit. He called to let me know that the unit needed to be repaired and he quoted me a price. He also told me that the $69 I had already paid would not be deducted from the price. I felt the price was a little high so I asked him to just do the tuneup and I would get back to him about the repairs. I found another company that  charged a lot less for the total repairs including the cleaning. When I told him the unit was supposedly cleaned the day before he let me know that it was still dirty. So, I basically did not get the cleaning that was included in the tuneup.

DESCRIPTION OF WORK
Diagnosed bad board educated us on its repair.