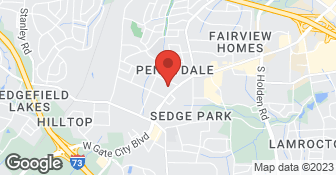 Gonzalez Roofing & Construction is a family owned and operated business with 15 combined years of experience. We specialize in Asphalt and metal roofing. All size jobs are welcome. - "Our projects are investments to your future."

Crossover Roofing is owned and operated by Mary Jane Hedrick. Her dream was to have her own company and that came true on Oct 3rd 2017. Her journey began in 2014 at a large company, she realized quickly that she loved working with customer and strives for excellent service, as a rookie she sold 110 her first year and became the operation manager. In 2016 she started another company with a partner that grew quickly, receiving 17 5 star google reviews and sold over 200 jobs in 1 year. In Late September of 2017. Her dreams came true. She is the only known Female roofing contractor in the Triad. She loves helping people. HAAG Certfied, fully insured.

THEY ARE VERY NICE PEOPLE. THEY KNOW HOW TO GET THE JOB DONE. THEY CLEANED EVERYTHING UP. THEY GOT THE JOB DONE IN ONE DAY. IF THEY WERE GOING TO BE LATE THEY WOULD CALL

DESCRIPTION OF WORK
THEY FIXED MY ROOF.