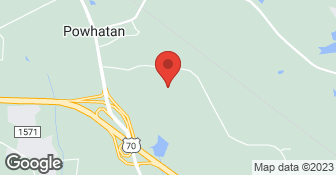 Power washing pros we've been handling houses, driveways,sidewalks and decks for commercial and residential residences for a long time and leaving nothing but happy customers behind.

CUSTOMER SATISFACTION IS OUR PRIMARY GOAL!!! Prestige Power Washing is a locally owned and operated Power/Soft washing and Roof Cleaning company with over 10 years of experience in the industry. Our team is dedicated to providing you with the best possible service you can receive. We take our time with each client before, during, and after the job to ensure everything is what they expected. Our detailed packages are much more inclusive than just a power wash; it is a pain-free and enjoyable experience from beginning to end.​ Prestige Power Washing proudly serves the community of Wake County. IS YOUR PROPERTY PRESTIGE CLEAN?

Freedom commercial cleaning provides professional exterior cleaning services for wide range of surfaces. While taking time to provide property protection while performing all cleaning services. We are experienced with providing quality results and insured to guarantee coverage of customer properties.

They completed the work well and quickly.

He did a great job. He and his crew worked smart and quickly. They cleaned up nicely after their work was completed. His pricing was one of the least expensive of those I talked with and got estimates. He was booked up for several weeks, but an appointment was made and he was punctual. I will definitely use him again.

DESCRIPTION OF WORK
Dean and his crew rebuilt steps with handrails to my porch on which he replaced some torn screen. He replaced the perma boots on 4 vent pipes on my roof, one of which had started leaking. He repaired the leak on the ceiling from the leak.

I thought he was a little bit pricey. He had two guys with him and they went over to Lowe's and bought the sheet rock.  It took them about 1/2 hour.  It was fabulous.  My only concern was I paid $99.00 and I was told I would have to put some money to it, and he charged me $230.  I thought he was just going to come out and assess what he was going to do, but he came out and was ready to do the work...

HE NEVER CAME TO DO THE JOB IN JAN. LIKE HE SAID HE WOULD.

DESCRIPTION OF WORK
HE CAME TO MY HOME IN NOV. AND TOLD ME HE COULDN'T DO THE JOB UNTIL JAN. IT IS NOW MARCH! HE DIDN'T EVEN HAVE THE PROFESSIONALISM TO CALL AND TELL ME THAT HE DIDN'T WANT THE JOB. ACCORDING TO HIS ''BLOG'', HE TAKES PRIDE IN HIS WORK, NO JOB IS TO SMALL,BLAH,BLAH, BLAH. HE LIED TO ME AND WASTED MY TIME. HE IS UNRELIABLE!!!

[Member Name Removed], I never came because you never told me you wanted me to do the job. The last conversation we had was that I got a price for door, I emailed you back answering your questions but never heard from you that you wanted work done by me. Please go back and look at emails and you will see that you never hired me for the job.
A

Mr. Sunderland came and gave me a quote, told me when he could be here, arrived on time, and left with everything good as new.

DESCRIPTION OF WORK
Had to replace part of a floor and baseboard, which I found was rotted when the carpet was pulled up.