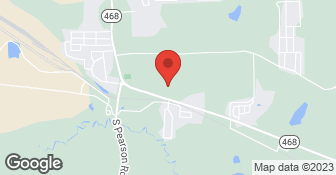 Overall, this shop is unprofessional and, to be frank, amateurish. I do not see how they can call themselves mechanics if they will not (or cannot) re-jet a carburetor or replace a worn tire. Don't bring you motorcycle to these guys for any reason, all they will do is throw reason after reason why they cannot work on your bike.

DESCRIPTION OF WORK
I have had a couple of experiences with Big Mike's, both of them were bad. The first time was I was working on my 2004 Honda VTX1300S because it was acting up, i.e.- backfiring, stalling in second/third gear. My conclusion was the fuel/air mixture was too lean, the engine needed more fuel. I called Big Mike's and asked them if they could pull the carburetor and re-jet because I had very little experience with Honda's. Their reply to me was they could not do it because they were not "Honda Certified". The second time was I had bought a new rear tire for my 2004 Harley-Davidson Electraglide and called them to see if they would change the tire out for me. Their was answer was an unequivocal no because I did not buy the tire from them.