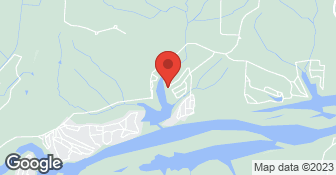 Rolox Home Service has been a leader in the Kansas City home improvement community for over thirty years. Utilizing only the very best products and materials, our experienced craftsmen can improve your home with: Energy-Saving Replacement Windows & Doors Maintenance-free Vinyl Siding Maintenance-free Gutter Protection Under Decking Bathroom Tub and Shower Liners Give us a call today at 1-800-950-3060 to schedule a free, no-obligation, in-home appointment or visit us at www.roloxhomeservice.com

Of three bids his was the next highest. We did not negotiate or haggle and my wife paid him the full price when the job was finished. As the nine-man crew were leaving, the trailer full of old shingles got stuck and the crew made big ruts in the front yard trying to pull it out. My wife who was there working on other issues, had to call my father-in-law to bring his big tractor to pull them out.  ...

DESCRIPTION OF WORK
Tore off old shingles and re-roofed our rental property house.

I told him that I wasn't concerned about the damage, but I took his card and let him know I would consider him if I decided to do anything.  Just in case, I called an "A" rated Angie's List provider that was also recommended by my independent insurance agent.  That company came and inspected my roof.  They told me that there was very little if any damage and that it certainly wasn't worth replacin...

DESCRIPTION OF WORK
This provider was going door to door leaving flyers on doors including my house.  A hailstorm had occurred approximately 2 days before, and he was trying to convince me that I had sufficient hail damage to replace my roof and gutters.

I had 2 companies do work for me. John with Dolinger Construction tore off all of the old shingles, fixed the underlayment of my roof and replaced my roof with new shingles. I also had my ceilings repaired by another company due to the water leaked through my rood. I have not had any problems with my roof since. John & his crew was great to work with.

DESCRIPTION OF WORK
John came out to give me an estimate. He was the only estimate that I received and opted to go with due to his out going personality & honesty. He met with my insurance adjuster and went to bat for me to get my home back to the original state before the hale storm. I am extremely pleased with the outcome and my home looks GREAT!!