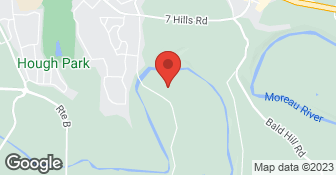 Primarily we are a residential remodeling and restoration company and we serve the Greater Jefferson City Area and its surrounding communities. Our company motto is “One Call Can Fix It All” and we mean just that! There is no job too big or too small for us to take on. From new construction rough framing to interior finish carpentry, to fire & water damage, to remodeling and demolition services, our staff is trained and certified to handle whatever job is requested....

Showed up when they said they would and completed all projects satisfactorily. I made a few changes after he had prepared the initial estimate. Subtracted a few projects and added some new ones. All were completed as requested. Would definitely hire again.

I was flexible with timing as Michael had other projects already scheduled that he was working on, so he came to my house when he was available. I had a problem with the window installed in the bathroom downstairs, but it was not with the work. A drainage problem in the backyard was causing an issue. Only complaint I have is that I called him, or attempted to, for some additional work, and he neve...

They were prompt, professional, and throughout.

DESCRIPTION OF WORK
Inspected what we thought was a leaky shower that included cutting into dry wall and then repairing and painting the dry wall. They discovered that old roof chimney flashing was the issue that contributed to the water damage. They repaired the flashing. They replace a leaky kitchen faucet and installed under-sink water-cutoff valves in several bathrooms.

I'm very disappointed in their work. The siding they put up, color doesn't match the other siding. Wasn't asked what color I wanted. The 4 porch posts wasn't fixed properly. Some were loose and caused the handrail to be unsteady. Handrail still unsteady. The replacement of door bell took them 3 times to put in correctly. The door bell in the house buzzed all night until fixed the next day. When th...

The siding used was the best color match available. She was told when we first meet that the siding may not be a perfect match because the house was built in 1991 so it's had years of sun fading. As for the porch post, the concrete porch is settling causing the post to separate from the header. Over the pass year it has continued to settle but at the time she was just wanting it look good because ...

There's not to much we don't do, so feel free to give us a call.

Sorry, at this time we do not do concrete work or maintenance