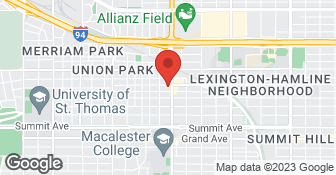 My son hit a curb hard and needed his front wheel trued. Boehm's suggested a full tuneup for $75, which includes truing, and I agreed. A couple of days later, they called and said the front fork was bent and needed to be replaced. They said that a black (original color) fork would take longer to get and be slightly more expensive, but they could get a chrome one sooner, in a couple of days, and I ...

DESCRIPTION OF WORK
Did a full tuneup, replaced front fork on a Trek mountain bike

They did what they said they would do for the price they said.

DESCRIPTION OF WORK
I've used them on several different occasions. I've used them to repair an old bicycle's spokes. They made the wheels round again. They did a complete maintenance check. They adjusted all the gears and made sure the brakes were working correctly. This was an old 10 speed that was really a piece of junk, but they got it working really well. This was $100. I've also used them on a new bike. The bike needed work before it could be ridden properly. The wheels were not round, they wobbled and the brakes weren't adjusted properly. They did an adjustment service on all the working parts of the bicycle. The bike was properly usable after they were done with it. This was $70.

When shopping for a bike, I found the service at Boehm's to be far superior to the other stores I visited. Prices were quite competitive and selection was good. Every time I have gone back I have been impressed by the staff - attentive, but not hovering, friendly and knowledgeable. I gave them a B in punctuality only because it took a week to get my bike in for service in the height of summer.

DESCRIPTION OF WORK
Purchased a hybrid bike. I have since been back for service and accessories.

It went well. Tech paid attention to my requests. Machine was ready on time. Cost came in a little lower than the original estimate, due to some sealed bearings on the bicycle.

DESCRIPTION OF WORK
Major overhaul to bicycle. Included changing out all cables, cleaning and repacking hub and headset, truing wheels, and general clean and lube.