Plumbing
Appliance Repair
Drain Cleaning
Appliance Sales and Installation
Drain Pipe Installation
Wells and Pumps
Appliance Repair - Small
Licensing
All statements concerning insurance, licenses, and bonds are informational only, and are self-reported. Since insurance, licenses and bonds can expire and can be cancelled, homeowners should always check such information for themselves. To find more licensing information for your state, visit our Find Licensing Requirements page.
Business Details 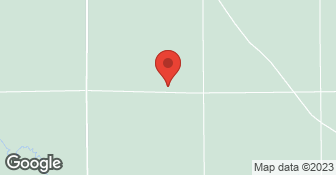 Whether you need a complete sewer line cleaning, thawing of frozen pipes or root growth removal we offer a wide range of residential and commercial services to meet your needs. We also do power washing and gutter cleaning. We continually strive to exceed expectations by ensuring that each client receives the very best service.

Complete Basement Systems is a family owned & operated business with approximately 35 employees. Since 1991 we have been part of the Basement Systems dealer network and have thousands of warrantied customers. No subs. We offer Free Estimates. Cost is determined by the job. No travel charges. Service area includes entire Twin Cities Metro Area and Southern Minnesota. License: #BC143377. Financing available. Ask about Angie's List discount. Award winning service provider. Contact us at 1-800-638-5285

Very well. Fast service, here when they said they would be, friendly, professional.

DESCRIPTION OF WORK
Replace the wax ring under the toilet.

We decided to go with that. He was very professional. He installed the piping and did some concrete work. I was very happy that the price was much less than the $400. It was also nice to have the owner of the company do the initial assessment.

DESCRIPTION OF WORK
I called them to get an estimate on a sump pump that was based off water pressure instead of electricity. He came in, checked it out and said it would be about $400, but he noticed the pump was close to a drain. Because of the proximity, they could put in an overflow drain at a reduced cost.

I am still waiting for service.

DESCRIPTION OF WORK
Received an estimate.  Called on Thanksgiving for emergency service, called again on the Friday after Thanksgiving, and then the next Monday to schedule the worked quoted.  It is now January and I have not received a return call.

very professional and great to work with from start to finish. everything went very well, they had a problem with a blocked floor drain which was a challenge to clean out.

DESCRIPTION OF WORK
just moved in to new home and needed a new water softener installed and old softener removed.

I had called Wencl Plumbing on Friday August 17, 2012 to come unclog my very clogged kitchen drain. we had tried everything we could think of to fix ourselves but nothing worked.  They were unable to come on Friday because they were booked up. So they were here first thing Monday morning, I waited because they were the most reasonably priced. He used a power snake and had my drain unclogged with i...

DESCRIPTION OF WORK
They came and unclogged my very clogged kitchen drain with a power snake.