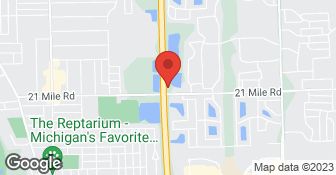 Live Oak Tree Company, Inc is a local, family-owned and operated business, since 2006. We offer professional and dependable tree services like removal, pruning and shaping, cabling and bracing, planting, and diagnosis.

With experience all over the United States, we work with larger "property friendly" equipment. We are very efficient with our work and to say the least it shows in our pricing. Military discounts, auto and bank industry discounts and of course Member& senior discounts.

Here at Grays Outdoor Services we are committed to excellence in the outdoor service industry. We work together as a professional team serving the Metro Area for over a decade, offering and designing superior quality for many properties. We are committed to being on time and providing quality for any outdoor service need. Thank you for giving us the opportunity to earn and keep your valuable business. We have 10 employees and are a full service company that provides on time professional services.

They left one evergreen, and told us they would come back. They never came back and we had to call them 4 or 5 times. They finally came out and cut it down. They were supposed to clean up the tree and take everything and they left it. The other eight trees, they did take. I paid him before the job was done. I am very upset with them.

all I have to say is in above paragraph.

DESCRIPTION OF WORK
Extreme trimming of three Large Maple Trees. Cutting several large branches. They did not destroy any other of my plants. I was pleased with their cleanup. They took all the debris away. We did not even know that they had been there, except all of our trees look awesome.

Berg Bros. LLC was contacted to provide an estimate for trimming of 2 trees.   After several phone calls to reschedule, Brian Berg finally came to our address and provided a verbal estimate of $550 (less $25 coupon from their web site) to trim the Locust and Silver Maple.  I asked him to also look at a third tree, an Amur maple and he said it would be an additional $200.  He wrote the estimate as ...

DESCRIPTION OF WORK
Berg Bros. LLC was hired to trim 3 trees, a Locust, a Silver Maple and an Amur Maple.  The first two of these were tall enough to warrant the use of a bucket truck.  Berg did trim these two, but not the Amur Maple.  The Locust tree had been trimmed by them before and we had been happy with the work, but this time, even though the general shape was OK, the branches were trimmed bluntly rather than at branching points as had been done previously.  It remains to be seen how bad this will look in the spring.

They were very prompt in giving me a quote. Their price was very reasonable.

DESCRIPTION OF WORK
I got a quote from Berg Brothers Tree Service for tree service.