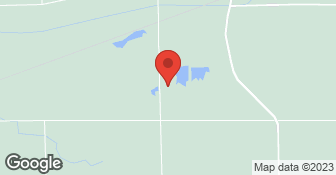 Thee Electric is a Lansing area based full-service electrical contracting company that has been serving the mid-Michigan area since 1981. We are located at 16429 Upton Rd. East Lansing, Michigan. Thee Electric continually strives for perfection in every aspect of our electrical contracting business. Thee Electric is experienced in residential and commercial construction. Thee Electric Co. is committed to providing the latest technology with quality products at competitive prices for our customers. We offer free estimates, service calls and a smile by our by highly-trained technicians.

Mid-Michigan Local & Veteran-Owned! 🇺🇸We specialize in Cleaning as well as 16 other services!🏆🏅 (Closed Due to Pandemic. Will re-open soon)

Welcome to Calvary Electric, LLC! With over 20 years of experience, I'm your go-to guy for all of your electrical needs. My main priority within this business has always been to finish the project to perfection while building lasting customer relationships, and always at an affordable price. I will always treat your home as if it were my own. With me, you will get an upfront and honest answer to any question you have about your project, and I make sure to take the extra time to make sure my clients fully understand what their buying. What I also provide is a $165 diagnostic call before 5pm M-F and $195 after 5pm or Saturday. One hour labor and trip charge included! Give Calvary Electric, LLC, a call today, I look forward to hearing from you!

On the day that I phoned Craig, three other contractors were also called. All were left messages. Craig is the only one who returned my call and it was within an hour after I had left a message. The weather was bad so the job he was working on outside was stalled for that day so he was able to come out that day to look at the job. He was prompt and professional, easy to talk to. He understood the ...

DESCRIPTION OF WORK
Craig was hired to build a deck and handicapped ramp. In order to build the deck a new door had to be put on the house. The wall had to be opened up to accommodate that. In order to do that, some cabinetry and counters had to be removed. To make up for the loss of storage space, a small pantry was tore down to make room for a larger and more functional one to be built.

He responded quickly to my request and was able to come to my home within a day of my initial call.  He was early to our appointment.  He was very courteous and professional in dealing with my wife and kids who were home at the time.  He was also very quick with the repair, which was done in a very neat and tidy fashion.  He left no cleanup for us. From initial contact, to work performed, to bill ...

DESCRIPTION OF WORK
Criag's Construction was asked to repair a second floor dryer vent that had broken loose and was venting directly into a mansard roof.  He repaired the vent, checked for mold and offered advice on other projects we are considering.

Craig gave me detailed explanations of why the and quot;houseand quot; could not be remodeld to the housing standard. The building is technically a pole barn and the footer was all wrong. And this was only one of the problems. I was pretty much sure of this but I needed the expert opinion so I could convince my dad on another option. I appreciated that Craig took the time to look at this project a...

DESCRIPTION OF WORK
I called Craig to get an estimate on remodeling my father's "house". Craig scheduled an appointment with my dad and was on time. He also called me back to give his honest opinion- which is what I expected. The cost of the remodel would be more than the place is worth.

Craig's company tore off an existing roof and replaced it. It took two days. The only delay was caused by the weather. Clean up was excellent! I only gave a B for the price because I think it was a bit high compared to a few others I spoke to having their roofs replaced in the area. However, we did have higher estimates from other companies for the same service.

DESCRIPTION OF WORK
Replaced our roof.