Basement Waterproofing
Foundation Repair
Drain Pipe Installation
Licensing
Licensed
Insured
All statements concerning insurance, licenses, and bonds are informational only, and are self-reported. Since insurance, licenses and bonds can expire and can be cancelled, homeowners should always check such information for themselves. To find more licensing information for your state, visit our Find Licensing Requirements page.
Business Details 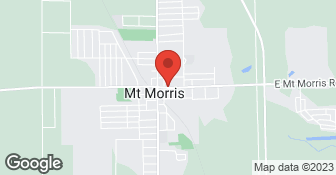 We have the experience and dedication to bring your dreams to reality! Specializing in plumbing services, we guarantee your satisfaction and we won’t leave until the job is done right. We pride ourselves on the quality work we provide, while delivering great customer service! Call or click to schedule a free estimate today!

Free homeowner inspections! Full-Service dealer offering proven, warranted solutions for any Basement, Crawl Space or Foundation problem. Certified inspectors and Installers, and great Financing options available. Exceptional Customer Service!! We are the largest Foundation contractor in the state for a reason...Call us today!

Atlantic Coast is waterproofing Michigan basements one home at a time. Each job that we do receives the proper inspection, diagnosis and quality workmanship that the customer deserves. Our waterproofing solutions are permanent and are not designed to try and stop water but are engineered so we can carry the water away. The key to this fact is that you need to be able to move the water away faster then it is received. Contact us today through angie's List message center or, Additional Contact Number - 248-597-7000 Additional email - contactus@atlanticcoastwaterproofing.com. Owner operated. Check out our Basement Waterproofing videos on Facebook. https://www.facebook.com/Atlantic-Coast-Waterproofing-Inc-248-597-7000-128372753843315

Again went wonderful. Used them years ago in 2012 and hired again for an investment property I own . Crew was same as before...Fast, efficient, and cost was a great deal for what I got. Even gave me a "repeat customer" discount for using them again. A+ Service

It was a pleasure dealing with RC Waterproofing. They did great work for a fair price and they were very professional and helpful every step of the way. I would recommend them to anyone!

DESCRIPTION OF WORK
The fieldstone foundation in my 1889 home was crumbling because of mortar deterioration. It needed repair in several areas, inside and out.

There are very few genuine and honest people that you come across in life, especially in doing business. Justin @ RC Waterproofing is certainly one of them. I reached out to RC to get a quote for my mothers leaky basement. Water seemed to be coming in from the corner of one of the walls. I'd gone to one other company already, was told that the basement needed to be dug up, and was prepared for the...

DESCRIPTION OF WORK
I reached out to RC to get a quote for my mothers leaky basement. However when Justin came out, he recommended and performed an adjustment to the sump pump, instead of a pricey demolition. He was very upfront in telling us that he always recommends the simple, economical solution, first, before jumping to the most expensive options. We did find that we needed further solutions for the water in the basement, and we were provided with a very reasonable quote. We are in the process now of scheduling a date for service.

Thank you the review and the opportunity to have worked with you. It was a pleasure meeting you and your mother and hope all is well!
A

The work crew showed up on time and a little bit early and went right to work. They laid down plastic sheeting and got to work right away removing the concrete and laying drain tile. they also started brushing some stuff on the wall, they called it Zypex (Xypex?) that looked like cement and would somehow seep into the concrete and form a barrier that would stop the water from the inside. Mike stop...

DESCRIPTION OF WORK
The guy who visited first came to my house showed up on time after I called and set up and appointement. He introduced himself and told me a little bit about the company. I was very impressed that they had been in business for so long and they were family owned. I was a little leery because you hear that a lot from companies but he went on to explain how they got started and that they actually do WATERPROOFING, like actuall stop water. Other estimates I got only wanted to drain the water and had no way of waterproofing the walls, which was most of my problems (poured walls with water seeping in). The estimator, named Mike, walked me through the basement and asked me questions about the history of the basement, when it leaked, how long, etc. He asked what I wanted to accomplish with the basement and I laughed and said, "I want it dry!" he laughed too and explained that what he meant was if I had plans to finish the basement in the future. We've always talked about it but was always unsure because we have had other people in there to fix cracks and stuff and they always leaked after a while. Mike assured us that they could design a system that could drian the water into a sump pump AND make the walls waterproofed. he showed me some projects that they did and how they can stop water from comig into the basement in the first place. I loved that idea because most everyone else wanted to put in some fancy drain systems for the floor and a plastic sheet over my cracks!! Seriously? His quote was really detailed with a step by step list of what they would do and was real simple and easy to read. It was about the same as the other companies i called but because they actually waterproof basements AND do the drain tile, I was more than ready to use them.

Thank you so much for the great review! We continuously strive to exceed expectations to stand out from the rest by offering customized solutions and working with homeowners throughout the process. Thanks again!