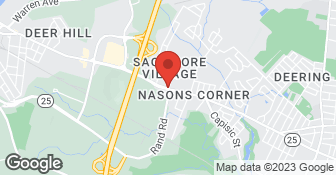 He is very energetic. My mother used his services but I go to see a nurse practitioner who works under another doctor there. I don’t see Dr. Pickus directly but I worked a lot with him for my mother's care till she passed away five years ago, and so I am very familiar with him. It is a large practice and there are several doctors and nurse practitioners there. Dr. Pickus is very bright and knows m...

DESCRIPTION OF WORK
I use the Maine Centers for Healthcare in Westbrook for primary care. Dr. Owen Pickus is the D.O there. He is an internist and also an oncologist.