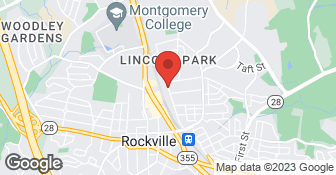 We are here for your packing and shipping needs in just one stop! We also do moving, deliveries and we offer courier services. We sell packing and moving supplies and are always here to help with you a smile!...

United Freight of America is your all inclusive transport solution. CONTACT US FOR A QUOTE. please include pick up and Drop off locations and vehicle information

YOUR CARS JOURNEY OF A THOUSAND MILES BEGINS WITH ONE STEP. Parker Auto Transport is a small family owned business that takes pride in our customer service. We offer personalized quotes at the best possible rates for each customer. As an owner operator we know what it takes to get your car moved. We serve as your professional, reliable service for auto transports — standard car transports and exotic car transport services. You have come to the right place. We are dependable and reliable! Get a FREE personalized vehicle transport quote now! We offer open and enclosed transportation for whatever your needs may be. We have terminals in Phoenix, Denver and Los Angeles.

Save time and money NOW!! CELEBRATING over 15 years in Auto Transport Business!! Giving all Angie's list members $25 off on any auto transportation! Work directly with the owner, Nichole Hilton! Call or text 24 hours @ 310 686 5318. Please know you will have assistance from start to finish and we are aware of how to fulfill all transportation needs!! All insurance is included in the rates we provide. Call 888 318 0080 for any questions. http://www.hiltonautotransport.com

Perfectly! The two gentlemen not only moved 17 pieces of furniture in about an hour, they were extremely careful.

DESCRIPTION OF WORK
In connection with Everything But the House online auction, I needed furniture moved to the first floor of our house to facilitate pickup.

I received several lower estimates from moving companies, but no one else was willing to build custom wooden crates, and I felt it essential to have this delicate, fragile equipment safely transported in crates, not just padded blankets.  So I paid Roy three times as much as a furniture moving company to build the crates, package the equipment, and transport everything.  I saw the constructed crat...

They were unprofessional, unresponsive. They did not return calls, did not t ake care of my issue. They didn't get back to me multiple times. Every time I called, they promised they would get back to me immediately (over 5 times). They NEVER did!!! Months later, I never received anything for the box of $300 worth of handmade blankets of my son's  that they lost.  Nothing. And I filled out a form M...

DESCRIPTION OF WORK
They lost my box in early February. They did not respond to my voicemails, calls, emails. Each time I reached them, they promised to get back tome. In April, (3 months later), they had me fill out a form with regard to the cost of what was in the box. Then not until I threatened to write them up on Angie's list, did they contact me. mlonths and months later. Not with a check, an explanation, or an apology. They said I needed to give them a receipt for the value of the blankets. 6 months later! They promised a number of times that they would get back to me. Never did.

DESCRIPTION OF WORK
They packed and shipped an antique desk to a family member for us. They did a great job and the desk arrived without any damage.

We do not offer copy and print services.