Unfinished Carpentry
Homebuilders
Remodeling - Modular & Mobile Home
Basement Remodeling
Sunrooms and Patio Enclosures
Kitchen and Bath Remodeling
Garage and Shed Building
Windows
Siding
General Remodeling
Decks and Porches
Licensing
Insured
All statements concerning insurance, licenses, and bonds are informational only, and are self-reported. Since insurance, licenses and bonds can expire and can be cancelled, homeowners should always check such information for themselves. To find more licensing information for your state, visit our Find Licensing Requirements page.
Business Details 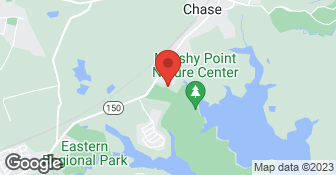 Quality and Dependabilty For All Types of Building Projects. Free Estimates. Licensed and Insured. References Given Upon Request....

Certified Home Remodelers, Inc. serves clients throughout the state of Maryland, including the surrounding regions of Baltimore, Frederick, and Carroll Counties as a home remodeling company. We have been family owned and operated since our inception in 1997 and have over 30 years of experience. We offer financing through reputable lending institutions to help all of our clients achieve the home of their dreams. We also accept most major credit cards through PayPal. We understand and appreciate that trust must always be earned, which is why we work closely with all of our clients to earn that trust. Our Motto: “Give Us 10% Of Your Trust And We’ll Earn The Other 90”. If you are looking to have any areas of your home remodeled or are in need of new construction we urge you to visit our many service pages to see both interior and exterior services we provide. If you are in need of a professional remodeling company we urge you to contact us. From multi-level additions to replacement window installations, we offer a wide range of services to suit any client. Our professionally skilled staff looks forward to hearing from you in getting started on your next home improvement project.

Residential Builders, located in North Anne Arundel County Maryland, was founded in 2005 by Paul Nalley Sr. After seeing the quality and flexibility in design of the modular home industry, Paul was motivated to launch Residential Builders LLC. It is truly a desire to create custom home designs that will meet all your needs and build a quality product that will satisfy you and your family for generations to come. Paul Nalley Sr. has been self-employed since 1984, although he has worked successfully in many industries, he sincerely loves building custom modular homes. Paul enjoys working one-on-one with our customers designing a quality product to meet their needs, while working hard to maintain the customer’s budget. Kerry Forbes had been working in design and sales in the manufacturing side of the modular home industry for 10 years prior to joining Residential Builders. This gives Residential Builders a unique advantage over our competitors based on Kerry’s knowledge of the complex procedures of the manufacturing process. Paul feels fortunate to have Kerry and her abilities as part of their team and feel confident you will as well. Residential Builders has developed a list of friends, not customers, over the years. We are confident that this concept will grow our company and friends for years to come.

We have been in business since 1951. Family owned and operated since the beginning, we have been installing exterior home improvements for over 60 years in the Baltimore area. MHIC # 662

DESCRIPTION OF WORK
We had Golliday Professional Construction replace our patio back door and extend our existing deck out to the pool. I cannot say enough about the workmanship. We absolutely love everything. We even made some design changes along the way with no problems. Even the building inspector commented on the amazing workmanship of our deck. Golliday Professional Construction will be our ONLY home improvement contractor from now on.

Take caution when considering this contractor!!!!  We spent over $150,000.00 to have our home gutted and renovated (including an addition to the house) and 4 years later we are still having problems with what Michael Golliday/Golliday Professional Construction did.  We had leaks almost immediately after the work was completed, and wound up having to have one of the "new" rooms gutted and redone du...

DESCRIPTION OF WORK
renovated our home and added an addition

Contract not completed yet after 5 weeks and counting. Promised complete in less than 4 weeks. I would never in my life deal with a contractor like this again. He is promising more than he can provide. He is also not overseeing the project as a general contractor, so sub contractors destroy or dont follow building codes and rules, so he set himself up to fail. This contractor build a new bathroom ...

DESCRIPTION OF WORK
build a new bathroom, installation of partly new kitchen and instalation of new wooden ceiling in livingroom.

After 14 years in the home improvement/remodeling/ builder business. I have not had a 1 unfinished job or not 1 unhappy client. I have tried very hard to make this client happy. However, he is unsatisfiable. This is an attempt to not pay remaining monies due. The member has a beautiful bathroom/kitchen remodel, and I am out of my final draw payment. Michael Golliday, Owner

Custom Home Builder. A Waterfront Home Specialist. Remodeling and Home Improvement Company. No job too big or too small.