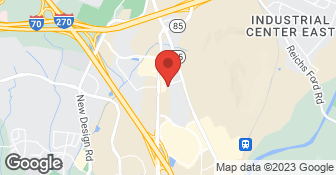 ATD Solar & Security Inc is a 3M Prestige authorized dealer that provides 3M window tinting for a variety of purposes. 3M Window Films are great for reducing hot spots and glare while also yielding energy savings and UV protection. 3M safety films can also improve window safety from attempted break-ins and severe weather. ATD Solar & Security Inc has been known since 1980 for quality products and service, and with our friendly, capable, and efficient installation staff, we can change your view of what window films can do....

Atlantic Sun Control was started 25 years ago by Chris Baccus and Brian Looney. Two motivated, hard working guys with an ideal of going above and beyond . Our award winning team has now grown to be one of the largest window film installers in the nation. The relationships we've created over the years have been long lasting, and rewarding. Our buying power allows us to provide customers with excellent pricing on the industries longest lasting, ultra high quality films. Atlantic Sun Control has been chosen to install some of the area’s most prestigious projects including The Kennedy Center, Dulles Airport, The World Bank, FedEx Stadium, Woodlawn and Oatlands Plantations, and many of the area’s most prestigious homes. We are a fully licensed Class A Contractor. We offer Free Estimates for all of our customers. Mention Angie's List for a special discount of 10% off our already low prices.

We specialize in Window Tinting services for your house or business in the Sterling area. Call today for a free estimate!

ATD Solar did an overall impressive work for our house. ATD was on time, had proper identification, showed us proof of the 3M film brand and grade, brought in all of their needed tools and materials, walked and moved around our house very carefully, and worked with very good precision and skills. Each window is sprayed, cleaned, and prepared for the film. Film is cut to exact dimension of each win...

DESCRIPTION OF WORK
ATD Solar installed 3M Prestige 70 window films on about 125 sq. ft. of windows in the front facing side of our house. We've researched many film brands and found that these high-tech window films (3M Prestige, Vista Everlogic) are non-metallic so they do not corrode over time. They also let in good amount of light (in our case the Prestige 70 lets in about 70% of visible light). The films will also reject solar heat (Prestige 70 rejects about 50% of solar heat). These films are installed on the inside of windows and not on the outside so the installers will be working inside the house. We've learned that we can get a lifetime material and labor warranty from 3M if the work is installed by 3M Prestige-licensed installers. We contacted 3M Corp and they refer us to ATD Solar in the Bethesda MD area. ATD Solar gave us an estimate for a range of 3M film types, but we picked the top of the line Prestige 70 from our research. We want to caution everyone that many window film brands and grades look alike but vary greatly in material costs (labor is the same). So you have to get the brand and grades clearly written on the invoice, demand a factory sample (so you can compare to what is installed), and also get or see proof of the film brand and grade markings at the time of the installation.

iI am quite pleased with ATD Solar's services and products. The expert who came to my condo to discuss the 3-M line of window films was very knowledgeable. The installation was speedy and expertly done. Having lived with the product for several months, I can attest to its effectiveness.I have only kudos for this company and the product they sell.

DESCRIPTION OF WORK
I purchased a glorious new condo with three exposures. The sunlight attracted me and my wife to the place. At the same time, though, the sunlight was a concern because of potential damage to our art and furnishings. Our windows are quite large and so we were also concerned about heat loss and heat gain. I investigated with contractors about replacing the glazing with e-glass but found the cost quite prohibitive. One contractor suggested using window film and sent me samples from 3-M. I did not like them because they were too dark. He said he installed the film on his windows, but I did not have faith in him. So I went on line to conduct research and also called 3-M directly and was put in touch with ATD Solar and Security, the authorized installer. [I learned that if I had used the contractor he would have had to employ ATD to do the work, and I would have had to pay middle man charges to the contractor.] ATD gave me a great of useful information and showed me some relatively new products that cut sunlight very little while still blocking UV rays and preventing heat gain. After my initial conversation with ATD, I knew that I had the right people.

ATD Solar & Security offers many types of 3M Window Film installation, including Prestige, Ceramic, Safety & Security, and Decorative. ATD also offers free quotes and film samples to better assist in your decisions as to what film will work best for you. Our representatives are always ready to assist with questions and consultations as well.