Ceramic Tile
Kitchen and Bath Remodeling
General Remodeling
Flooring Sales and Installation
Licensing
No License Required for Trade
Insured
All statements concerning insurance, licenses, and bonds are informational only, and are self-reported. Since insurance, licenses and bonds can expire and can be cancelled, homeowners should always check such information for themselves. To find more licensing information for your state, visit our Find Licensing Requirements page.
Business Details 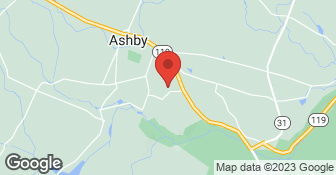 Tile with Style is a sole-proprietor business serving Massachusetts and Southern New Hampshire. We provide our customers with 100% customer satisfaction from tile selection to tile design to installation of the product....

Owned and operated by Richard Weisman, for over 30 years, RW Carpet & Flooring has served the Westwood area with the highest quality flooring products and installations to both residential and commercial customers. Recently, we opened our Norton location which was formerly The Carpet Barn. We are a family owned and operated local business and a long standing A+ member of the Better Business Bureau. Think outside the “big box” retailers and visit RW Carpet for all of your flooring needs, where you’re not just another sale; you are a valued customer! Shop at home or in store with one of our experienced design consultants. The Weisman Family at RW Carpet and Flooring has been doing business for generations. Our commitment is to provide the highest quality workmanship and products and the best customer service possible all at a competitive price!

Miles Tiles offers neat, clean, and detail oriented tile installation. With fast and accurate service we will get the job done quickly and leave you stress free.

Troy Hebert Building and Remodeling is an owner operated, full service, contractor providing general contracting services to Central Massachusetts for over 25 years. Troy and his team have built an impeccable reputation for quality workmanship, prompt and courteous service and outstanding customer relations. As a result, a high percentage of business is from repeat customers and referrals.

Jeff came to the house after we had picked out the tile we liked. He gave an estimate that was not the cheapest, but close. I felt the most comfortable with him, and he called to say he could start about a week and a half later. Once i decided that he was our choice for the job, he came a week sooner than he had estimated originally, and was finished at exactly the time he said he would be, five w...

DESCRIPTION OF WORK
Installed radiant heating in the floor, tiled the floor, tiled four sides of a shower and three walls of a bathroom. Grouted and sealed the whole job. Installed a drain and waterproofing system in the shower.

Our experience with them was very good! The price was definitely reasonable and the owners are very nice and interacted through the whole thing and we felt comfortable.

DESCRIPTION OF WORK
Tile With Style did tiling work for us.

I would strongly recommend Jeff Sarbacker from Tile with Style. He was really dependable and showed up when he said he was going to show up. He offered to help my husband with other things when he saw my husband doing something and needed help lifting something. He was very pleasant and very nice. He really took pride in his work like he was really excited about it and told us to wait to see how g...

DESCRIPTION OF WORK
I used Tile With Style and he just did a lot of tiling work for us. He did a couple of jobs on and off during the past 2 weeks.