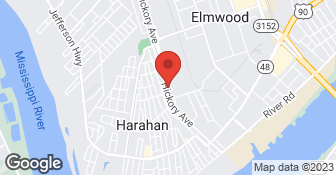 We are a family owned business. We have been in Business since 1976...

The young man who came to do the work was extremely prompt, efficient and professional. He cleaned up the detritus afterwards, took away the old window and asked me to inspect the work to be sure I was happy with it. My only (very slight) complaint is that it took a little longer (maybe a couple of weeks longer) than they had originally estimated to have the glass fabricated but the wait was well ...

DESCRIPTION OF WORK
Fabricated a replacement for a double paned glass that's seal had broken allowing condensation in, removed old glass and replaced it.

It took them nearly a week to send someone out.  When they did it was an underling who didn't get all of the proper information.  Nearly two weeks later, after several phone calls from me, the owner comes out to do the estimate.  He informs me that he will have an estimate to me the following day.  It is now two weeks later and I have yet to hear back from him.

DESCRIPTION OF WORK
I called them to do an estimate for glass door replacement.

We make and Install Insulated Glass. We also do commercial Storefront