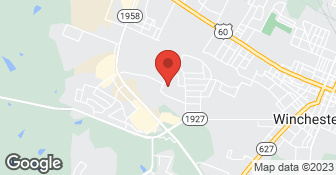 100% financing available in minutes up to 100,000.00 for hvac, roof replacement, kitchen remodels and bath remodels... Blurock is a full service general contacting company. WATCH YOUTUBE channel PANDEMIC CONSTRUCTION. We have our own line of cabinets with 13 door styles and colors. We also have an HVAC division. We also offer roofing services well below the local market. We service our jobs, we are not the highest priced nor the lowest. We also service the equine Industry, building out and managing farm builds.

Apparently they determined they were not interested and stopped communications despite my repeated attempts by phone and text (as provided by one of their representatives). He said he would drive by and take a look. Afterward, they refused to correspond. I suspect they thought the house (relatively small) was not worth the effort and expense. This was a simple, straight forward remove and replace ...

DESCRIPTION OF WORK
Tried to get an estimate on a new roof. Initially, they were all in, then abruptly stopped.

DESCRIPTION OF WORK
They sent an gentlemen to fix the gutter. An emergency repair on my gutters. They re-nailed all the gutters, gutter clips, and put the downspouts on for me.

Large crew showed up and replaced shingles in 2.5 days. Had to replace 4 wood panels on the roof and installed 2 additional roof vents. I had requested the roof vents to be power vents but got passive vents instead. Also rust proofed and sealed flashing around the chimney. Good experience except for the misunderstanding on the roof vents.

DESCRIPTION OF WORK
They showed up on time with a massive crew. Replaced roof damaged due to cheap shingles and high winds..