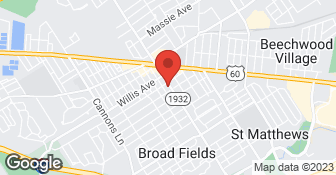 We take great pride in our extreme professionalism, timeliness and superior customer service on every job. We develop lasting relationships so that the next time service is needed there is no question for who to call. Satisfaction is guaranteed. Here to help with all of your remodeling needs. Give us a call today!

*NOW OFFERING VIRTUAL CONSULTATIONS AND OUR BEST SAVINGS OFFERS!* Since 1989, Improveit Home Remodeling, Inc., has specialized in helping homeowners improve the beauty, comfort and energy-efficiency of their homes. Our mission is simple: to provide each and every homeowner complete satisfaction through every step of the remodeling process. We don't just stand behind our work with lifetime product and labor warranties; we strive to deliver total satisfaction and complete peace-of-mind. During our 30 years, we are honored to have been named one of the top 50 remodeling firms by Remodeling Magazine, and to have won 23 Consumers Choice Awards. BBB accredited with an A+ Rating, we have helped over 50,000 customers. We serve communities across Central Ohio (Columbus, Dayton and Cincinnati) and Kentucky (Louisville and Lexington). Choose Improveit Home Remodeling to affordably transform your bathroom or save on high utility bills with our Energy-star rated SolarTech replacement windows. PLEASE NOTE: WE DO NOT CURRENTLY OFFER KITCHEN REMODELING.

We were pleased with what they did. For me, the price was reasonable. They did a fantastic job. I guess they were fast as you can be when you're doing all that. They kept on contact with me by phone and by computer, they sent me pictures of things that they were considering putting in the house, like when it came time to do faucets, some things like that. We corresponded that way. They worked very...

DESCRIPTION OF WORK
I used Wissing Contracting Co Inc to add a garage and laundry room to the house. They took up some loess, moved some windows, and redid the bathroom.

In addition to points that I have previously illustrated (see comment about improperly vented water heater), Mr. Wissing did not install plumbing access panels in any bathroom, as specified.  When a leak recently developed this required that I install one.  I discovered at this time that the wall studs were not placed on 16" centers but were installed 18" APART.

Mr. Wissing provided a detailed quote, based on my drawings and specifications. After approval, work was started on a date we agreed upon, and completed within the time frame provided. Wissing provided a port-a-can and dumpster, and kept the area clear of debris, sweeping the area prior to leaving daily. He provided written and detailed change orders promptly, whenever they occurred. Whenever an i...

DESCRIPTION OF WORK
Build-out of a 16'x20' covered porch, including a full masonry stone fireplace, full masonry foundation, tongue-and-groove ceiling, columns and railing. The project also included a total renovation of a 11'x28' sunroom, including new windows, walls, flooring, electrical, insulation and finish work. The sunroom was extended an additional 8 lf, and a closet, half-bath, and a 5'w french door was added. The A/C was also replaced, and HVAC service was extended to the addition.

The smaller project was good, the addition was generally done well, with 2 problems.  One, they dropped $14,000 worth of change orders on us that we were not expecting, they had not talked with us.  Two, the incremental AC system was not installed correctly.  We are still getting an estimate to fix that.  Will see.

DESCRIPTION OF WORK
We used Wissing Contracting Co to do some construction work in the new house.  Then used them to a major addition.