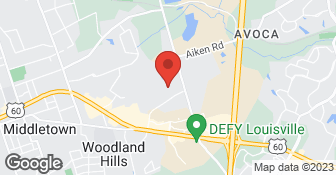 We are a General Contractor that can execute all needs to a home.

I asked for an estimate for my back screened in porch that had been damaged in winds from hurricane Ike. The damage was to the roof trusses, framing, screen, and the porch floor. It has been a more than a month since they were here to look at the damage. At the time they told me it would be 2 weeks before they could get me an estimate, it has been nearly 5 weeks and I have called several times, on...

DESCRIPTION OF WORK
The work that needed to be performed but I did not hire this company to do it was; replace roof trusses, reroof the screened porch. Rescreen a portion of it and repair electrical wiring and replace floor boards damaged during winds of hurricane Ike that caused a tree to fall on the porch and fence. The estimate that has been 5 weeks in coming and is still not here was also to include a price on repairing about 40 ft of chain link fence. But since I never received the estimate and winter is coming and I was forced to call another contractor.

DESCRIPTION OF WORK
THEY CAME IN AND DRIED OUT THE CARPET, USED DEHUMIDIFIERS TO ABSORB THE MOISTURE. THEY CHECKED ALL THE BASE BOARDS AND WALLS WITH SPECIAL TOOLS TO DETECT ANY MOISTURE.

ANY SERVICE THAT DOESN'T DEAL WITH AN INSURANCE CLAIM.