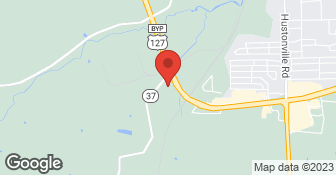 They performed the needed repairs as promised and when promised. After I picked up the car and drove it for a while I discovered a related problem. I took it back, they apologized and did significant additional work and charged me nothing for it because they said it was their fault that they didn't take care of it initially. This business has been in Danville for nearly 40 years and I have taken a...

DESCRIPTION OF WORK
I took my car in for an oil change and some other routine maintenance prior to going on a 5000 mile trip. My car has 133,000 miles on it. They found several urgent issues that needed to be taken care of immediately. They showed me in detail with photos exactly what the problem was and explained the risk it not having it taken care of.

They are reasonably priced. Their service is good and they offer service on Saturdays and after 5:00 P.M. I could actually make it back from work and pick up my car.

DESCRIPTION OF WORK
I use Automate for most of my service. I went there a month or two ago to do an oil change.

They are very quick and reliable. Called in the morning and had the starter replaced by noon. And the price seemed fair. We did have to take the car in twice, once in early January and once in late January. Wish they could have identified that the starter was going bad the first time the car was in the shop.