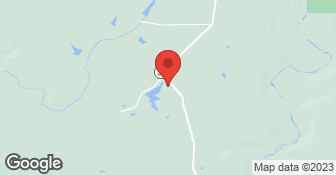 Construction of new decks for residential or commercial use....

Free Estimates 513-284-1644 * All decks are designed and crafted bJohn Block who is an expert carpenter with 25 years experience. * Qualified to use all decking products,treated lumber, brazilian hardwood and composite decking. * Many unique options are available such as custom railing, built in hot tubs, arbors,and custom benches. * Blueprints provided for all decks designed by John Block. * All decks are built according to a customer friendly contract with easy payments made as work progresses. * John Block and his employees are fully insured. * Building permits are obtained on all jobs where required. * Job site cleaned and straightened daily. * Courteous professional workmanship at all times with safety a priority. * Many pictures and referrals available upon request at John Block Deck Contractor on Facebook. OUR GOAL Our goal at John Block Deck Contractor is to build a deck to suit your needs. We take into consideration the size of your backyard, your house and family. We also take into consideration the traffic flow on and off the deck, placement of furniture, and the number of people you may entertain. All of this will be provided to you for a very economical price with the least amount of inconvenience to you the customer. I wish you the best of time on your new deck built by John Block Deck Contractor. Visit John Block Deck Contractor on Facebook.com. Free Estimates 513-284-1644

Anyone can throw a tool box in their truck and call themselves a deck builder. Here at Building Character we are outdoor living specialists for you and your family to create memories. We offer decks, outdoor kitchens, fire features, outdoor fireplaces, water features, stamped concrete and much more. With 27 years experience we help home owners like you design and build their vision. Our quality workmanship and customer service is like no other. We have all the latest composite materials that fit your taste and budget. We offer a "Stress Free Experience"!! We do not embrace excuses, we embrace solutions. We will beat the competition at price, time and overall experience. We work all year 'round! Fiberon COMPOSITE DECKS & OURDOOR KITCHENS HUGE SALE!!!!

Did not go so well all in all deck looks pretty good but service after the fact really sucks. About 30 or so spindles were split out due to them using a nail gun on them and several of the decking boards were not even nailed down. Called kip and he finally came out and said the spindles were just the wood splitting and any blind man can see that it was due to the nail gun. He said he would come ou...

The work done was professional and the workers were prompt and did quality work. They also cleaned up the worksite after the project was complete. On the down side, the owner kept postponing the start of the project and was not responsive to phone calls. Because it was not a huge project it was to be worked in between other projects.

The contractor installed a 12' x 20' Fiberon deck with aluminum railings on our house. The deck was elevated off second floor. They filed and obtained all permits from the county in advance of installation. At time of estimate, the owner alerted us to a possible issue with zoning codes. They worked with our home builder to obtain a variance permit and attended the county zoning meeting. A week bef...

DESCRIPTION OF WORK
Installation of deck.

Kip and his team did the original deck when we first built our house. We had them come back to last November to re-do a large part of the deck as it needed redoing. They did a great job. However Kip told us to wait over the winter to stain the deck. This we did. Over the winter all the wood warped and started to bow. We tried to call Kip to have him come and look at it. He said he would come out b...

DESCRIPTION OF WORK
Redid the floor of the deck the top railings and the stairs up to the decks. They had built the original deck 8 years ago for us.

They were very professional, they knew what they were doing and I am sure they would have done an excellent job. I went with someone one that was a little less expensive, but I probably should have just gone with them because they wanted to tear off my old deck completely and start over. By the time the other people fixed what my existing structure was, it came close to the cost of what it was goi...

DESCRIPTION OF WORK
Decks by Design came out in March and gave me an estimate for a deck.