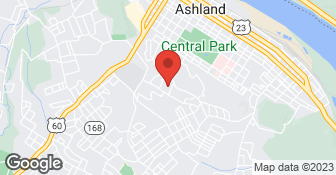 It was a horrible experience and ruined our wedding reception.  See serives provided for more information.

DESCRIPTION OF WORK
We hired Two Chicks to do the catering for our wedding reception that we had at the Ashland Plaza Hotel.  When we got the menu together we told them we needed food for 75+ people.  We didn't give them the amount of food just the number of people as we were told they come up with the amount.  We were told a server would be provided to make sure the food was placed out, prepare drinks(soda only), clean up empty plates and cut and serve the wedding cake.  I called to see how many tables they needed and was told 4.  When we arrived from the church to the reception we noticed that there was only 2 of the 4 tables used.  They did not bring the amount and all the food we ordered.  We had 3 cheese balls and they only brought 1 box of crackers for all.  We ordered ham rolls and turkey rolls, but instead of having the separate rolls we ordered, they took the ham and turkey together and rolled them up and had 1 plate of them.  Also only had 6 of the 15 - 2 liters of soda we ordered.  When it was time to serve our wedding cake, the server they provided was no where to be found and we had to find her and she said she didn't know she had to serve the cake.  She tore our cake up so bad serving it she ruined almost a whole layer and it was all crumbled up.  My husband and I ended up not getting a piece of our own wedding cake.  They only brought 1 small punch bowl of punch and we ran out before the cake was done being served.  After the reception was over I called Two Chicks to see why we was not given the food we ordered and the owner was very rude stating that that was what we ordered.  When I explained to her that there was not even enough food to cover the tables they said they would need to have she said  "we can't help it your people ate all the food".  It was a horrible experince and ruined our reception.