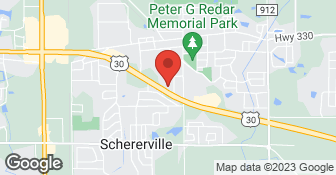 Never responded to my price inquiry.

Went great. Had the guys come out and they were always prompt, professional, and informative. I'm one of the cheapest guys around, but I also understand you get what you pay for, so I was happy on both fronts. I won't call anyone else for any of our hottub/pool issues and neither should you

When we initially called them, it seemed like more of the same that we had been experiencing with others we had called; we can't get out there for 10-14 days, yada yada. When I tried to pinpoint a specific date, I was told they don't do that because these sorts of service calls required them to be in the area to do the free initial consultation. Since the hot tub was worth at least 5k, I agreed to...

DESCRIPTION OF WORK
We moved into our house about a year ago and it came with a Jacuzzi in a gazebo, but it wasn't filled and the last person to own the home bought it to flip it, so we had no idea if it was even working. We also have a pool and when we moved in, it was a mess so we hired some guy to clean it out for us and also look at the hot tub. He stated we needed a new pump which would cost us $500 in labor but he wouldn't guarantee that this would fix the issue (I know, we were confused as well) . Well we didn't want to take a chance so we let it sit for about a year whille calling different people to ask to give us a 'real' answer, but kept getting the brush off or didn't get a call back ( from companies listed on Angie's List no less) We were getting ready to get rid of the hot tub, but tried one more company; Caribbean Pools.

DESCRIPTION OF WORK
Installed in-ground pool. Not an easy install in our backyard, but they did an awesome job. It was a very rainy summer, so our only difficulty was the weather -- so it took a lot longer than expected (June-August) and we barely had a chance to use it upon completion the week before Labor Day.