Roofing
Sunrooms and Patio Enclosures
Decks and Porches
Gutters
Garage Doors
Roof Cleaning
Window Treatments
Glass and Mirrors
Flooring Sales and Installation
Electrical
Drywall
Awnings
Homebuilders
Garage and Shed Building
Licensing
Insured
All statements concerning insurance, licenses, and bonds are informational only, and are self-reported. Since insurance, licenses and bonds can expire and can be cancelled, homeowners should always check such information for themselves. To find more licensing information for your state, visit our Find Licensing Requirements page.
Business Details 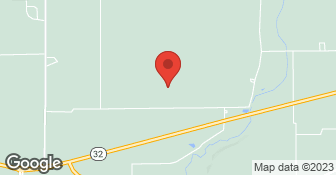 Family owned and operated for over 20 years. Strong emphasis on customer service. Experienced with insurance claims....

C & A Contracting LLC. Based in Indianapolis, IN.

Whether it's washing away years of algae and mildew from your home or clearing away dirt buildup from the front of your office, the pressure washing services of Midwest Pressure Washing Services are your solution for a spotless exterior. We are fully committed to meeting our clients' needs and delivering exceptional results. As the owner, I take exceptional pride in my work and am a firm believer in craftsmanship.

Heffernan's Home Services is a locally owned and operated Indianapolis business. We at Heffernan's are experts when it comes to window cleaning, gutter cleaning, pressure washing, and Christmas light installations. We take pride in our prompt and professional services and have over ten years of experience! The employees at Heffernan’s Home Services are proud to work in and around Central Indiana, so let us make your home or business sparkle. Call our excellent customer service team to see for yourself why our cleaning service is so amazing.

I spent about $6000 in the fall of 2011 replacing all the windows in my condo, including 2 glass sliding patio doors. The seal has now failed on one of the patio doors, and it looks terrible. I have called Todd Pickett at Affordable Windows several times since February 26th--over a period of 3+ months now--trying to get this replaced. He referred me to the manufacturer that he says he no longer us...

Todd was excellent and easy to work with on the project. He is my window guy and I will use him again if I need windows.

DESCRIPTION OF WORK
I had 9 windows replaced.

The guy who came out was very nice and friendly. However, I just want my windows replaced.

DESCRIPTION OF WORK
A few years ago, they had installed 20 windows for me and did a good job. Then 6 months ago I needed to contact them due to a few of the windows going bad. The guy came out and measured for the replacement windows. I have tried to contact him since multiple times to no response and my windows have still not been replaced.

They are pretty good. They are professional. The workers were excellent. You can rate them A all the way.

DESCRIPTION OF WORK
Provider was supposed to check and evaluate the windows.