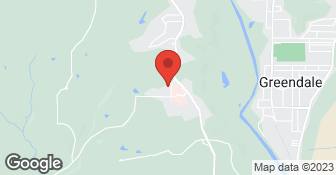 I ended up getting an opinon from another doctor using the mri and he said it would be better on my body to only fix the most troubled parts and forego the surgery as long as possible. This doctor took the time to listen and could see my fear and concerns. I will not go to Beacon again and would suggest others stay away as well. I think they are overrated, arrogant and ,rude. They clearly only wan...

DESCRIPTION OF WORK
Went to Chunduri for ongoing lower back pain after seeing all their comericials. Initial visit they suggested and mri. They of course suggested that I have it done there since it was a faster turn around. I should have seen that as a red flag of $$ signs to them. After an mri was performed at Beacon I came back for a follow up. Was told I needed major surgery and would have to have two surgeries and be off work for about a 6 months to a year. After dropping the bombshell they said we could do it at the end of the month - think about and it and let us know. Like it was a brake job. Both he and his PA Matt are rude and arrogant and I found there bed side manner to be awful. Needless to say I did not get back with them.

Jaideep Chunduri was rude, short and condescending. I have never been treated like that by a physician. I would not recommend him to anyone.

DESCRIPTION OF WORK
I went to him for an evaluation for neck and back pain.

A
34 REVIEWS
Podiatry Associates Of Cincinnati