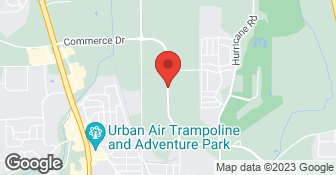 I called Complete Hydraulics on March 12th at 1:53 p.m. because I was in desperate need of a couple of quick connect parts. I had the part numbers and the brand name available. I told the gentleman who did not identify himself, that worked in the service dept. what I needed I told him I needed a Parker brand number FF371 and a FF372 quick connect. i told him I was trying to put a mower on my tract...

DESCRIPTION OF WORK
NONE!!!!

DESCRIPTION OF WORK
This company is a scam.  They said they needed the lift paid for in full before they could order it.  Then said it would be months before it was available.  Still getting the run around.  They wont let me cancel the transaction without speaking to the owner Randy who will not return my phone calls.  Am going to have to file for fraud through my credit card company.

I still have not received the lift. I ordered the lift from Jason, the owner, Randy, called and explained that it would be an additional week and a half. It has now been over a month and I still have not seen it. I have tried calling them and they are now not returning my calls.

DESCRIPTION OF WORK
I ordered a four post storage lift for my garage. I had driven down from Michigan two weeks prior to look at the machinery. I decided to go ahead and order it. I called them and they seemed pleased and said it would take about a week and a half to receive.