Roofing
Gutters
Siding
Windows
Drywall
Skylights
Roof Ice/Snow Removal
Licensing
Licensed
Bonded
Insured
All statements concerning insurance, licenses, and bonds are informational only, and are self-reported. Since insurance, licenses and bonds can expire and can be cancelled, homeowners should always check such information for themselves. To find more licensing information for your state, visit our Find Licensing Requirements page.
Business Details 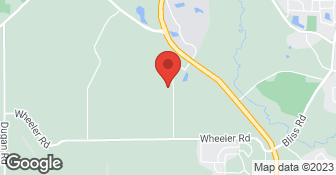 KGuard Leaf Free Gutter System is the most advanced gutter system available. Imitated but never duplication due to our many patents. Our team and estimators conduct ourselves in a professional manner. We respect your time and pocketbook. Our pricing model is based off of a minimum markup and our estimators are paid on salary so you don’t have to worry about sales people shooting for big commissions. Most estimates take about 30 minutes. Our product is a complete system, not a filter or helmet retrofit, to your existing gutters, so it comes with a complete lifetime warranty!

Specializing in drywall, plastering, & taping! We always guarantee your satisfaction and won’t leave until the job is done right. We take pride in ourselves and on the quality work we provide, while always delivering great customer service! Check out our services offered, then call --or-- click to schedule a free estimate today!

Naperville Windows & Doors Company was founded with a single purpose - to provide the homeowners of Naperville, Aurora, Wheaton, Hinsdale, Downers Grove and other western suburbs of Chicago with a better choice in a replacement window & door company. To do this, we knew that we had to offer better quality windows at great prices, and back them with a higher level of service and the most professional installation. Additional Email - napervillewindows@gmail.com

Peter from ABC was a great help and was very responsiveness to my inquiries. He answered all of my questions and the workers ended up doing a great job on my roof. I am very satisfied with the new roof now and would recommend them.

DESCRIPTION OF WORK
Roof had hail damage, needed to be replaced.

True Artisans: My wife and I decided to renovate the exterior of our home including a new roof, all new windows, new siding and new leaf guard gutters. A BIG decision for us! We wanted a top quality job that was going to last. So, I asked a friend of mine who is a union carpenter. Without a moments of hesitation, he said call Supreme Siding & Roofing. We were amazed at the level of detail, quality...

I told them i wanted my own contractor to do it. They refused to do that. My insurance company spoke with me, they are not going to pay for the additional damage, so now i am stuck with 10,300 dollars of damage to the interior of my house and i have 1600 dollars to pay for it.

DESCRIPTION OF WORK
They installed my roof in Feb of 2016, after it was leaking from hail damage. With in a week, shingles came off the roof and the roof leaked, within two months of installation i had a second leak. Within seven months of installation i had a third leak. They fixed all three leaks, now i interior damage to my house. My insurance company gave me 1600 dollars for the original damage, to the inside of my house. Which i mistakenly gave to ABC because i didn't realize it was included in the final check. for he roofing job. They never told me they had my 1600 dollars which they had for a year. I would have never found out had i mnot called my insurance company and requested the money. They gave me my check back but they had it for a year without telling me. I never fixed the original fdamage because everythime the roof leaked ABC told me to wait. In case there was additional leaks and they promised they would take care of the additional damage. So after the third leak i waited two months and then called three drywall contractors to get three estimates. the contractors did between 9000 and 10000 to do the repairs. I called ABC to discuss payment which should have 10,300- 1600 fom ythe insurance check which would equal 8,700. ABC said there was no way they were paying for it. They sent out one of the there own contractors who does dry wall and they tried to say that the damage could be sanded and painted for 4000 dollars when the drywall was infact peeling and there is mold in the drywall, so there is no wasy that it could be sanded and painted. I told them they are not a drywall comoany, they are a roofing compnay so why would i have them do my drywall when they cant even do my roof right for 6000 dollars less than what the professionals ar willing to do for it.

They kept in the schedule and delivered everything they promised.  There was a glitch that showed up with the gutters, they ordered the wrong material collar and they basically had to put the full crew off for full day and there was no problem with that.

DESCRIPTION OF WORK
They did a complete reroof of the house with an attached garage and a separate garage.  They also did about 600 feet of gutters.

They inspected the roof and showed me why it needed a complete tear off instead of repair. They let me choose the shingles. They told me what shingles not to choose. They showed me all material used & why. They answered all questions during construction. Polite at all times.