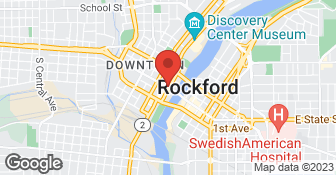 What a change from the guys that had ads in the local paper! Ben under promised and over delivered! Well done! Finally, an independant vendor who understands customer service.

DESCRIPTION OF WORK
I called three different newspaper ads claiming they sold firewood; all told me they would be out the next day. No one showed. I called the vendor that said he was going to deliver a face cord the Saturday after Thanksgiving and he told me something came up, he'd be out later. This was on a Sunday, and he told me he'd be out after noon. Again, he was a no-show. On Monday, I happened to drive by a sign in my neighborhood advertising firewood. I called, got a courteous and professional response and was told by Ben, the owner, that he would deliver a face cord around noon the next day. On Tuesday morning, my phone rang at 10:30 am, Ben told me he was on his way with the firewood. He delivered a bit more than promised, my firewood rack overflowed and I had to stack some on the porch. Very good quality mix of hard wood, it lit easily and burned evenly. I was very happy with the results.