Plumbing
Water Heaters
Drain Cleaning
Wells and Pumps
Basement Remodeling
Sewer Cleaning
Drain Pipe Installation
Water Filtration and Softening
Licensing
Licensed
Bonded
Insured
All statements concerning insurance, licenses, and bonds are informational only, and are self-reported. Since insurance, licenses and bonds can expire and can be cancelled, homeowners should always check such information for themselves. To find more licensing information for your state, visit our Find Licensing Requirements page.
Business Details 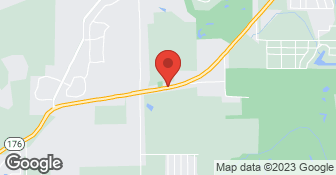 For over 50 years, Springsoft has served customers in Chicagoland, and nationwide with the most innovative, reliable and cost-effective custom water quality products available in the market. With a passion for exceptional personal service and attention to individual customer's needs, we are proud to have earned the reputation of a family business that puts customers first. Our Bloomingdale headquarters is home to 15,000 square feet of manufacturing, assembly, and inventory space. We do not sell off the shelf products. Every solution we create for our customers is assembled in-house specifically to their individual requirements. Plus, our water specialists work closely with customers to determine the right products and optimal solutions to achieve their water quality goals. By combining individually customized product configuration and assembly along with our specialist's unmatched level of service, knowledge, and experience, customers count on Springsoft for the very best in quality water solutions.

Tried to take a shower and there was no hot water, so went to the basement and was greeted with the sight of a big puddle. Looked on Angie's List and found them. They were actually the second place I called. The first place, no one answered the phone. This was at about 9:30am on a Thursday. If you don't answer the phone, you don't get any business! All Pro answered and they were very nice, profess...

Mike and Scott changed an outdoor configuration for a bypass pipe and when that didn't initially work, they continued to brainstorm until the problem was solved and pipes quit vibrating. They were professional and friendly and I would definitely hire them again and recommend to anyone needing plumbing services.

DESCRIPTION OF WORK
House pipes were vibrating when zones changed on irrigation system.

Called All Pro because dishwasher was not draining. They sent a plumber out and he rodded the sink. The dishwasher is still holding water and they will not go out to fix the problem they were originally contracted for. Called to see if they could come out again since the problem was not resolved and the receptionist said she would call back later that day. One week later still no call, Called agai...

DESCRIPTION OF WORK
Dishwasher was not draining

[Member Name Removed] We did say that we would go back out and take a look at the kitchen sink and told you that we do not work on appliances. Like your dishwasher. I had explained to you when you orginially called and asked about our services. You had stated that the kitchen sink was clogged and the water had backed up into the dishwasher. I explained to you that we do not work on dishwashers and...
A

Our tech named Scott, quickly and expertly completed everything on our list with a great attitude and left no mess of any kind. He was punctual, had all parts required, and was a pleasure to work with. We could not be happier.

technician identified three leaks and promptly repaired the problems, Technician was on time and was very courteous.

DESCRIPTION OF WORK
leaking kitchen faucet and sink. I called on a Sunday and was able to obtain appointment for Monday. Outstanding.

Does not offer services within Chicago city limits