Auto Service
Auto Sales
Auto Tires
Auto Inspections
Auto Accessories
Auto Radiators
Auto Transmission
Licensing
No License Required for Trade
Insured
All statements concerning insurance, licenses, and bonds are informational only, and are self-reported. Since insurance, licenses and bonds can expire and can be cancelled, homeowners should always check such information for themselves. To find more licensing information for your state, visit our Find Licensing Requirements page.
Business Details 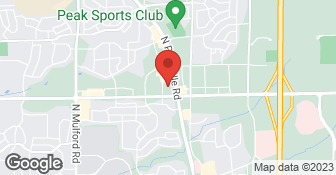 New and used Toyota and Scion sales. Over 500 used cars of all makes and models available. Service department, oil changes, maintenance services, tires, all other service....

Yeah, that’s the one I don’t like. He’s the one that wouldn’t talk to me. I would give them a D all the way across. It was horrible. I called Toyota and complained.

DESCRIPTION OF WORK
I tried to buy a vehicle.

The service men are friendly, honest and the environment is relaxing,. The customer service is excellent,

DESCRIPTION OF WORK
I had a oil change and tire rotation done.

DESCRIPTION OF WORK
This is in regards to the salesperson representing Anderson Toyota Scion/Perryville.

Will avoid using Anderson Toyota for service in the future. We have a Toyota Highlander that developed a very loud rattle that seemed to be coming from the rear suspension. We even believed, and confirmed with others, that the culprit was the passenger side rear suspension. We decided this was a serious issue and took the car to Anderson’s for diagnosis and repair. They had the car for a day and i...

Well as usual. This is my last no charge service but will continue taking my Rav4 and Camry to them.