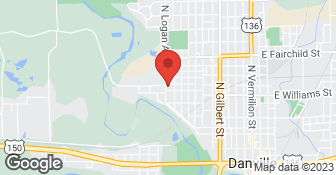 To see if this provider is board certified go to www.abms.org. There are 19 doctors at this site. Surgery is not performed at this site....

His office environment was fine. I had no complains and his staff was pleasant. I like his staff. But the man has a terrible bedside manner. I didn't like his personality. And what he did caused me a lot of heartache and trouble at work. I would absolutely not recommend him to anyone. I would never use him again.

DESCRIPTION OF WORK
I've seen Carlos Gotardo for my internal medicine. He is in a medical facility called polyclinic. I had a back issue. There was a large pain on my shoulder and it hurt my back. Anyhow, I needed to see this man. He referred me to a physical therapist. Then after a while, I wasn't starting to get any better, he sent me to see a fine doctor. We've only been on diagnosis. Nothing had changed, fixed or alleviated. So the doctor sent me in for a procedure. And the side effect of it was markedly increased pain. The procedure made it a lot worse. He only gave me painkillers for a little while. Then later on, I ran out of painkillers and she wouldn't give me anymore. He just left me on my own. It was two months that I've been on these things, every single day. So I developed a dependency to it. And then he just cut me off. I had to go through opium withdrawal. It was the worse that I've ever gone through. And he didn't even warn me about it.