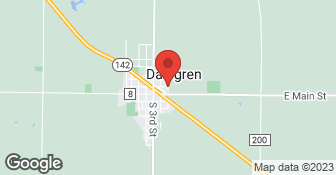 He did not test hot water heater, kitchen sink, garbage disposal, or sink in laundry room. He missed a 9,000 dollar issue on a roof he says he walked and was in great shape and would last for years to come. He took 2 months to get back to me when confronted with the roof issue, and that was after laughing I  my face and admitting he should have caught it! His preinspection agreement is written so ...

DESCRIPTION OF WORK
David Parkhill is the sole inspector so don't think you might get another person under that company. He showed up on time and that is where the good stops. He had several reasons not to test/inspect 70% of the items in the house including sinks, water heater, and disposer. Then it gets worse he cost me 9,000 by telling me a roof that he supposedly walked was in great condition and should last me years. 2 months later I was on roof cleaning gutters and installing guards and I found over 180 individual nails sticking through the roof. He not only missed that he missed that that roof was installed on two previous layers. When I called him he came over two days later and laughed in my face saying "I can't believe I missed this". said he wanted to talk to a roofer friend of his....two months later he brings a roofer to my house UNANNOUNCED with no one home and climbed on my roof. They told me that I should replace it as soon as possible and that it was three layers when David told me two. I was not given a apology or the refund his own preinspection report says I was entitled to. He is lazy and ignorant. When confronted with the three layers subject, he told me three layers was fine although I had the city's code on roofs in my hand stating two was the maximum. He insisted I was wrong. DO NOT USE THIS GUY!!!!

DESCRIPTION OF WORK
At our bank's request, we had to have an inspection performed on our home that the loan had already been approved, pending inspection.