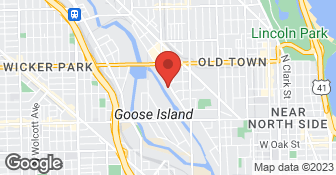 Kozlov Tech Services is committed to providing quality on-site computer and technology repair, consulting, and training services. We are fully-insured and trained to provide you with a variety of computer technology services. It is our desire to serve you and your technological needs.

Please call Mike at 480-580-9648. I opened Mike's Computer Repair (480-580-9648) in 1994 with the desire to provide honest, reliable and friendly computer services in Maricopa County and across the United States. I provide on-site computer repair at your home or office for any problems or upgrade issues you may be having. I am also able to use remote access software to control your computer and address problems without having to visit. Not sure what to do? Call 480-580-9648 and It will always be Mike that answers the phone! 480-580-9648

They seemed a little unsure, as to what it would take to fix it. First, they said it could not be fixed, and then when I followed up, they said they could put in a hard drive. They did not seem that knowledgeable to me. Maybe it was a question of communication or what, but what bothered me is that instead of coming right out and saying here is what we could do the first time, they came back each t...

DESCRIPTION OF WORK
I went to PC Solutions because I had a computer that was dying on me, so I had them do a diagnosis.

I have had them do several things before. They have also repaired my hard disk for me, too. I would have to say that they are generally good. I have never paid them very much money. Put it this way, I would rate them an "A" for pricing. It always seems to be reasonable. I was actually expecting it to be a lot more. They were very good to work with and they recovered exactly what I needed them to.

DESCRIPTION OF WORK
Pc had to do some data recovery on my computer for me.

HE WAS A NICE GUY, AND TOOK A LONG TIME TALKING TO ME, BUT WHAT HE TOLD ME WAS ALL GARBAGE. ALL THE ADVICE HE GAVE ME WAS ALL WRONG, AND EITHER HE KNEW LESS THAN I, WHICH IS NOT SAYING MUCH, OR HE REALLY WANTED TO SKIN ME ALIVE. I THINK THE GUY WAS REALLY CROOKED. I TOLD HIM I WAS A SENIOR, AND HE MIGHT HAVE BEEN TRYING TO TAKE ADVANTAGE OF ME. HE REALLY UPSET ME WITH HIS ADVICE. I WOULD NEVER GO ...

DESCRIPTION OF WORK
I DID NOT HAVE ANY WORK PERFORMED, BUT I TALKED TO A PERSON THERE WHO SAID HE WAS A TECHNICIAN.

AS A FREQUENT BUSINESS TRAVELER, I UNFORTUNATELY HAVE LOTS OF EXPERIENCE WITH COMPUTER ISSUES. I WAS PLEASANTLY SURPRISED BY THE PROFESSIONAL, COURTEOUS AND KNOWLEDGEABLE STAFF AT PC SOLUTIONS. I WOULD HIGHLY RECOMMEND THIS LITTLE GEM IN EVANSTON.

DESCRIPTION OF WORK
MY LAPTOP GOT INFECTED WITH A VIRUS THAT RENDERED IT UNUSABLE. THE TECH TOOK AN INITIAL LOOK AT IT FOR FREE. I ASSUMED THEY WOULD NEED TO ERASE MY HARD DRIVE. INSTEAD, THEY WERE ABLE TO DO AN ''ADVANCED CLEANUP'' FOR $100. IT RAN PERFECTLY AFTER THAT.