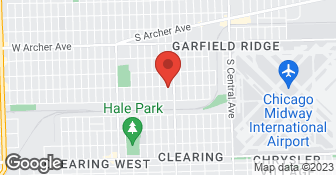 We are growing company reliable , always on time!!!! Our belief is that every job has to be done right the first time.

Franzen Heating & Cooling, in Aurora, IL, is the area's leading heating and cooling specialist serving Oswego, Plainfield, Naperville, Sugar Grove and surrounding Kendall County area since 2009. We specialize in the installation, sales and repairs of air conditioning units and humidifiers. For all your heating and cooling needs, contact Franzen Heating & Cooling in Aurora.

DESCRIPTION OF WORK
Not happy

They were very accomodative to an elderly homeowner on a limited budget.  The overall experience was good.

It went well. He called ahead to advise he was on the way, arrived on time, examined the problem, quoted an estimate, performed the repair, pointed out things the general contractor had done incorrectly (while remaining polite), cleaned up after himself, and was done in less than 20 minutes.

DESCRIPTION OF WORK
Repair of the seal between toilet and floor/pipe.

They canceled on me twice and when they did finally show up, they came unprepared. They don't return phone calls and were very unprofessional and did not clean up after themselves.

DESCRIPTION OF WORK
We called Ace because we needed a new injection pump.