Water and Smoke Damage
Mold Testing and Remediation
Plumbing
Doors
Pressure Washing
Siding
Hauling
Flooring Sales and Installation
Biohazard Remediation
Pest Control
Licensing
Bonded
Insured
All statements concerning insurance, licenses, and bonds are informational only, and are self-reported. Since insurance, licenses and bonds can expire and can be cancelled, homeowners should always check such information for themselves. To find more licensing information for your state, visit our Find Licensing Requirements page.
Business Details 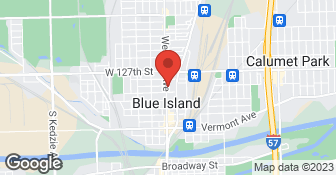 Over 50,000 satisfied customers since 1996, we are the premier home improvement company in Chicago and the surrounding areas. Prime Time Window Cleaning provides the best residential home and commercial property services at the most competitive price. Our goal is to make each customer a raving fan and to earn not only their business, but also that of their friends, neighbors, and relatives. If you are not satisfied with our service to your home, you simply do not have to pay! Contact Prime Time Window Cleaning for your window washer Chicago services, as well as other exterior projects, such as gutter cleaning and power washing. We look forward to helping your home look its best! Book an appointment today at 800-480-1360.

Locations in Barrington, Chicago, Glenview, Lisle, Naperville and St. Charles. Servicing the whole Chicagoland Area. Established in 2003. We provide professional services of Window Washing, Gutter Cleaning, Gutter Repair and Power Washing. You can schedule an appointment and rest easy knowing you'll receive quick, clean, safe and reliable services for your home or business. We are dedicated to providing unparalleled service and motivated to earn your business for life!

Our franchise has been operating since 1979, with this location operating since 1992. We specialize in pest control, exterminating, and animal/ wildlife removal services such as: bed bugs, ants, spiders, wasps, hornets, mice, rats, and more! We guarantee your satisfaction and we won’t leave until the job is done right. We pride ourselves on the quality work we provide, while delivering great customer service! Check out our services offered and call or click to schedule an estimate today!

They did not complete the job, they dried everything. They did not replace base boards and door nor did they clean up.

DESCRIPTION OF WORK
Remove water, dry area, remove base boards, doors, rid of mold, replace everything and clean up.

We scheduled them on Saturday morning to visit us first thing Monday morning. Due to the heavy flooding in their area they called to move the appointment back an hour as the traffic was relentless. They quoted $600 for the job which is what they charged us last year. Upon completion they only charged $500 which was a welcome surprise. They are very professional, friendly and do a great job.

DESCRIPTION OF WORK
The heavy rains from hurricane Ike caused a small, 8" deep sewage backwash into our basement. Our 3rd such event in two years. We scheduled Metro to power wash and clean our basement. They also removed some large damaged furniture to the curb. After completion they left an industrial strength dehumidifier and returned the following day to tidy up and remove the machine.

It went well. They described two different scenarios we could pursue. A higher priced option and a lower priced option. I thought that was extremely refreshing. They did not try and talk us into spending lots up money as a necessity.

DESCRIPTION OF WORK
Water from a plumbing problem in an upstairs bathroom leaking downstairs through the ceiling. We called to have them assess the problem and give us an estimate to fix it.

It was fantastic! They were easy to reach. They were quick to respond and they squeezed us in and they did a really good job. They very professional and friendly.

DESCRIPTION OF WORK
They removed some large pieces of furniture that were covered by sewage. They also pointed that out our first flood went higher than we thought.

Metro provided us with a folder containing various items. One of those items was a folder stating that "With exposure, even in small amounts, mold may cause among other things: "mysterious skin rashes, sinus infections etc., repiratory problems, fatigue, frequent headaches, trouble concentrating, memory lapses, confusion, mood swings, anxiety, depression, chronic aches and pains, digestive problem...

DESCRIPTION OF WORK
No services were performed. The president of Metro, Dan Wondaal, refused to do any work unless we bought his company's whole scope of work. He refused to consider my requests for less work based on my research on the internet. He also accused me of planning to sue the company since I am an attorney. When I told him that I could not get a copy of the standard from the Institute of Inspection, Cleaning, and Restoration he referred to in his proposal without buying the whole set of standards he said, "well, we have to pay for them." Metro has the most scary indemnity language in their contract. It states as follows: "Client agrees to indemnity and hold Metro harmless from any claims, damages, causes of action made by any person allowed in or around the property during the performance of work by Metro, whether or not such harm may be as a result of sole, concurrent or comparative negligence of Metro." Thus, if one of their employees trips over a peice of Metro's equipment while in our house we are subject to being sued by Metro to reimburse Metro for its workers' compensation payments to the employee. If Metro drops a tool on my head while I, as the homeowner, am inspecting the work I can not make a claim against Metro because it will sue me for indemnification for payments it makes to me for my injuries. Metro's services cost $3,500.00. My proposal would have cost about $2,000. Two other mold removal companies said their charges were $1,500 and $1,800 respectively and neither of them used dry ice blasting but did use chemicals for encapsulating the mold. I also had spoken with an industrial hygenist about testing the mold. He said "don't bother" just get rid of the mold. Since I would have hired him to do testing, I thought this was an honest opinion. Metro's proposal charged $417.44 for testing. Per their statement regarding the work "If the homeowner requests copies of Metros (sic) test results, there will be an additional charge of $150.00 per test."The employee who came to our house to look at the mold in the attic was early for the appointment. When I spoke with Dan Newton on July 23rd he promised to call me back. I left a message for him late on Friday, July 25th but no one called on Monday July 28th. Finally, I called the company on Tuesday, July 29, 2008 and had the conversation with Mr. Wondaal which is set forth in this report.