Photography
Masonry
Lawn and Yard Work
Lamp Repair
Gutters
Gutter Cleaning
Furniture Refinishing and Repair
Flooring Sales and Installation
Fencing
Drywall
Decks and Porches
Countertops and Backsplashes
Concrete Pouring and Repair
Closets
Ceramic Tile
Cabinet Making
Licensing
Insured
All statements concerning insurance, licenses, and bonds are informational only, and are self-reported. Since insurance, licenses and bonds can expire and can be cancelled, homeowners should always check such information for themselves. To find more licensing information for your state, visit our Find Licensing Requirements page.
Business Details 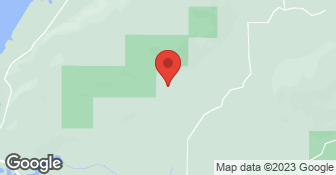 We do employ subcontractors for several areas of construction. Being a father/son business allows us to remain in control of quality workmanship. Structured to meet your needs, we can work on an hourly basis or can bid the entire job at your request....

We guarantee your satisfaction and we won’t leave until the job is done right. We pride ourselves on the quality work we provide, while delivering great customer service! Check out our services offered and call or click to schedule a free estimate today! Re-Roof Roof Repairs

Take Pride In Your Home Hire A Painting Company In Spokane, WA To Brighten Up Your Property! Everyone homeowner wants to live in a home that looks beautiful on the inside and the outside. Using the right paints and techniques, your home can look great for years to come. Choose Newcomb Painting and Services, LLC as your painting contractor to get the job done right. We're the painting company in Spokane, WA you can rely on for high-quality service. We'll prep and paint any surface inside or outside your home. We also offer a variety of home improvement services so your space can look its best.  Trust your painting and repairs to a team that cares. Email us or call at (509) 998-7968 now to discuss your needs.

In response to the above review: The work in question was done in the Fall of 2005, did not cost $6000 and was done according to [Member name removed] design. She even assisted in painting the structure. This review is the first contact since January, 2006 when the final invoice was partially paid leaving a balance of approximately. $1300 still due on the account. Full records are on file with Dor...
A

They were polite, professional, they liked my dog and you get more than your money's worth.

DESCRIPTION OF WORK
Moving into a new house, the prebuy inspection suggested improving ventilation in the attic. A later inspection, at no charge, by the boss of Dortmund, suggested a re-raking of the attic's insulation to see 'what's what'. Scheduling and perfomance was fast and easy. The boss, Chic, and his son, recommended that the ventilation was oddball but sufficient. No further work was needed.

It was great. He is a family-man and took care of us every step of the way. Chic is trustworthy and loyal. He stayed calm, was easy to work with and held the respect of the subs he hired. There were numerous changes and set-backs in our project and not a one phased Chic. We would have lost our house had it not been for him. We now live in our 5200 sqaure foot dream home in the heart of Powell, OH....

DESCRIPTION OF WORK
Chic was the general contractor for our new home construction. He came to the job after we fired our first builder because of fraud. Chic came into a mess, both financially as well as 'constructionally'. He took over the build with force. He completed our home from framing, while enduring several re-do's along the way. He managed sub-contractors, ran all of the electric, cable, security, etc., met with inspectors and basically saved our house. He is a jack of all trades on top of being able to manage others.